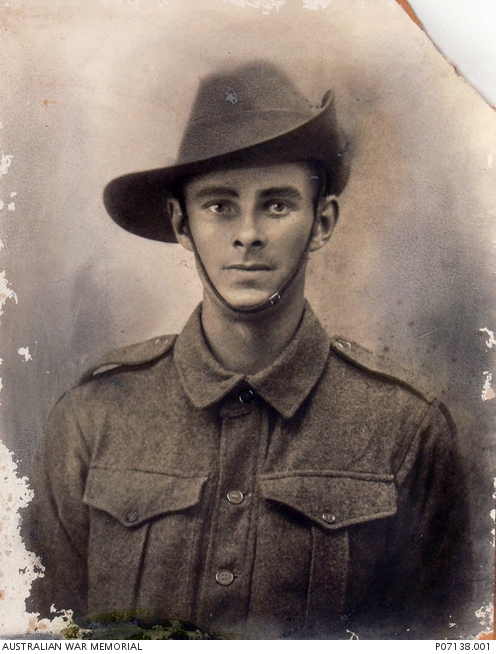 Studio portrait of 2654 Private (Pte) Reginald James Scowcroft, 7th Battalion, of Chiltern, Victoria. A tailor prior to enlistment, he embarked with the 8th Reinforcements from Melbourne aboard HMAT Anchises on 26 August 1915. While in Egypt in February 1916, Pte Scowcroft was among those from the 7th Battalion to be recruited into the newly formed 59th Battalion. Arriving in France in June 1916, the 59th Battalion became involved in its first major battle on the Western Front a month later at Fromelles. Attacking in the first wave, the battalion suffered heavy casualties. Pte Scowcroft was killed in action on the first day of the battle on 19 July 1916, aged 24. His name is commemorated on the VC Corner Australian Cemetery Memorial, Fromelles, France.