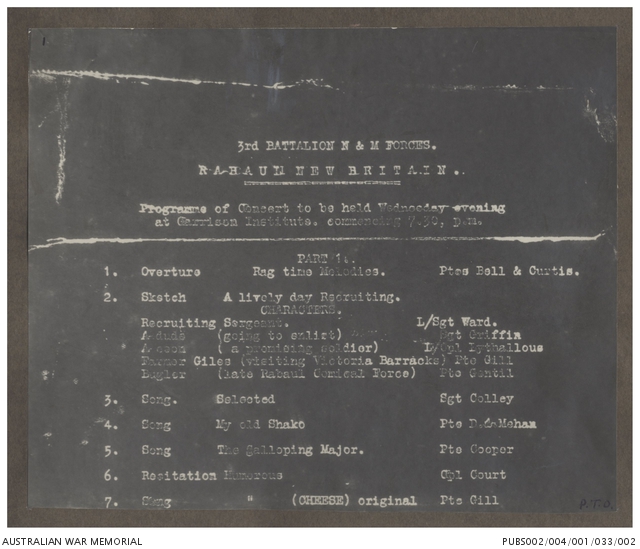 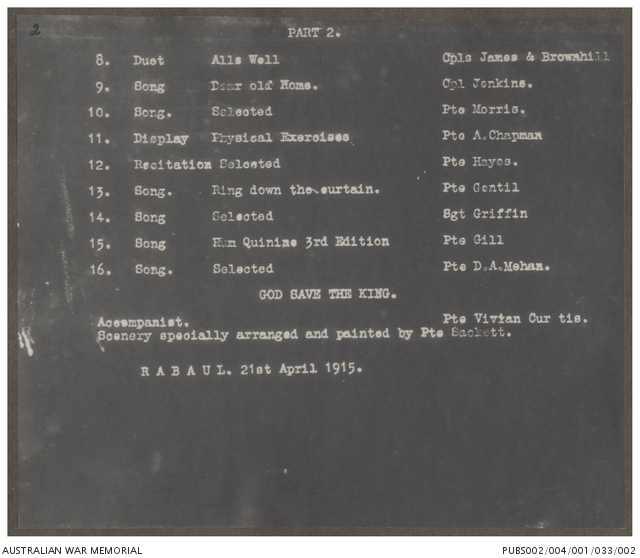 Souvenir program for a concert held during the First World War. This program is for a concert held at the Garrison Institute in Rabaul in New Britain at 7.30pm on Wednesday 21 April 1915. The concert featured instrumentals, vocal performances, recitations and a sketch titled 'A lively day recruiting'. The concert was organised by 3 Battalion, Australian Naval and Military Expeditionary Force with musical accompaniment provided by Private Vivian Curtis and backdrops arranged by Private Sackett.