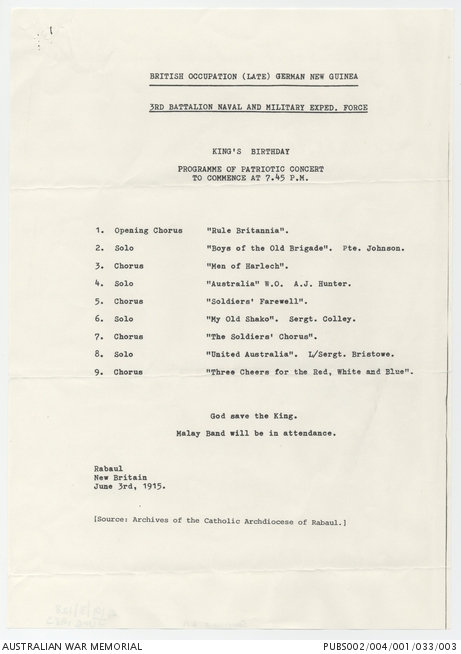 Souvenir program for a concert held during the First World War. This program is for a concert celebrating the birthday of King George V and was held at 7.45pm on 3 June 1915. This patriotic concert was held at Rabaul in New Britain and featured both solo and group vocal performances. The program also notes that the Malay Band was to attend.