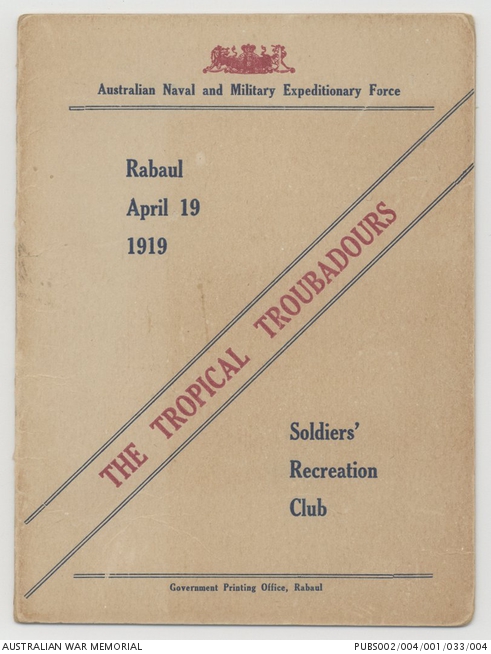 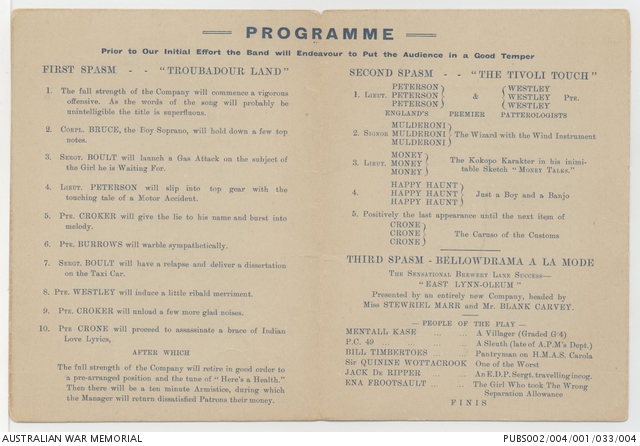 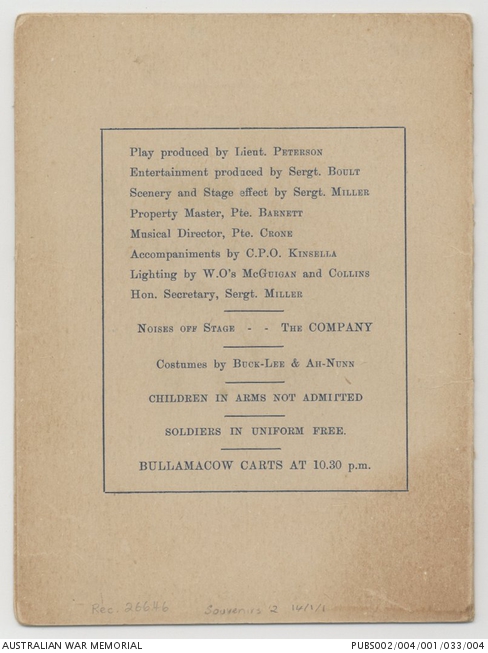 Program related to concerts held during the First World War and the period afterwards when troops were waiting to return to Australia. This program is for a concert at the Soldiers' Recreation Club in Rabaul on 19 April 1919. The concert featured singing and theatrical sketches. The concert was produced by Lieutenant Peterson and Sergeant Boult with Private Crone appointed as musical director.