Informal group portrait of seven members of the crew of Mk I Lancaster bomber OJ-Q of 149 ... 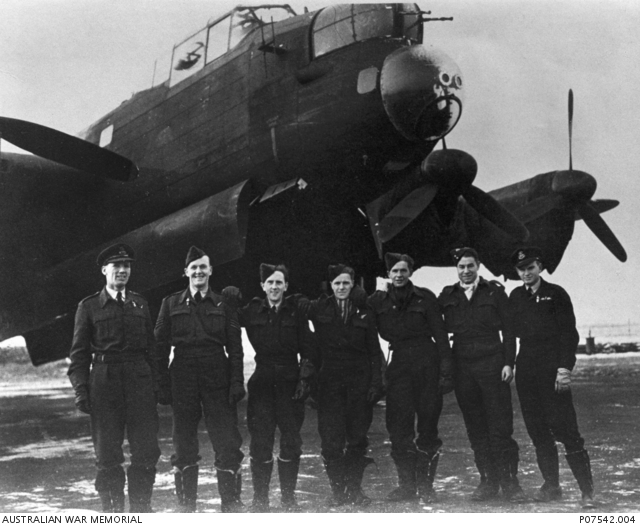