Studio portrait of the Maddocks family. Identified back row, far left is John Henry Maddocks. A ... 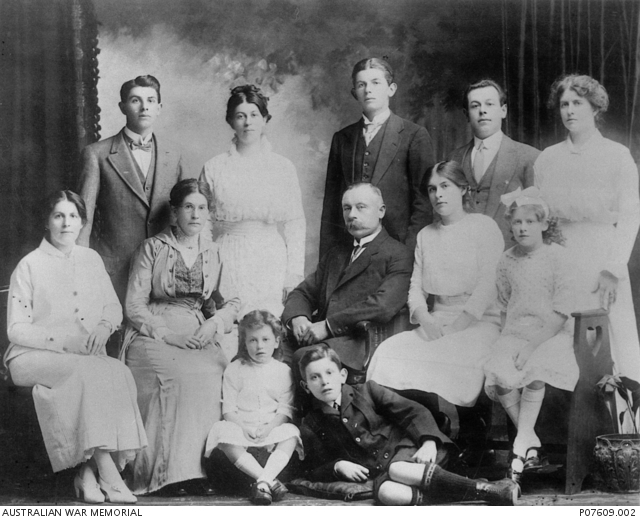 Studio portrait of the Maddocks family. Identified back row, far left is John Henry Maddocks. A native of Port Melbourne, Victoria, Maddocks worked as a clerk prior to enlistment. 4828 Private (Pte) Maddocks, 59th Battalion, proceeded with his unit to France in June 1916. Less than a month later, on 19 July 1916, the 59th Battalion took part in its first major battle on the Western Front at Fromelles. Attacking in the first wave, the 59th suffered heavy casualties at the hands of German machine-gunners, and its advance faltered far short of its objective. After the battle Pte Maddocks was reported missing in action, and following a court of enquiry held the following year, he was officially listed as killed in action on 19 July 1916, aged 22.