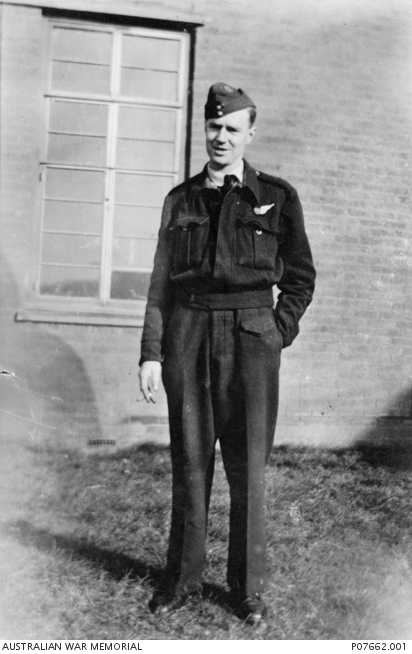 Informal portrait of 404657 Pilot Officer (PO) Ian Ronald Robertson, 61 Squadron RAF, of Brisbane, Qld. PO Roberts was an accountant prior to enlisting in the RAAF in October 1940. He trained as a pilot under the Empire Air Training Scheme (EATS) in Australia and Canada. PO Robertson was the navigator on board Lancaster bomber W4898 which left RAF Station Syerston on 28 April 1943 to perform mine laying duties over the Baltic Sea. W4898 was lost during the operation and all crew members were killed. PO Robertson was 27 years of age. PO Robertson's elder brother QX8992 Lieutenant Kenneth Sydney Robertson, 2/25th Battalion, was killed in action in New Guinea on 9 November 1942.