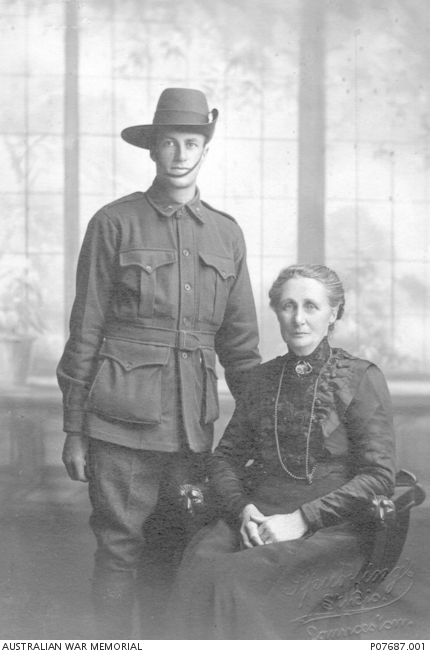 Studio portrait of 7251 Private (Pte) Louis Frederick Cooper, 12th Battalion, of Longford Tasmania, with his mother, Fanny Maria Cooper. Cooper enlisted on 29 October 1916 and travelled to Mitcham Camp, Adelaide for training before embarking aboard HMAT Seang Bee (A48) on 10 February 1917. Following further training in England, he proceeded to join his battalion in France in October. Pte Cooper died of pneumonia at Tidworth Military Hospital on 24 July 1918 and was buried with full military honours. In a burial report sent to his mother, Pte Cooper was reported as "very popular with both Officers and Men of his Unit and always proved himself a good comrade". See also D00479.