Next of kin plaque : Private A M Nicholson, 5 Battalion AIF 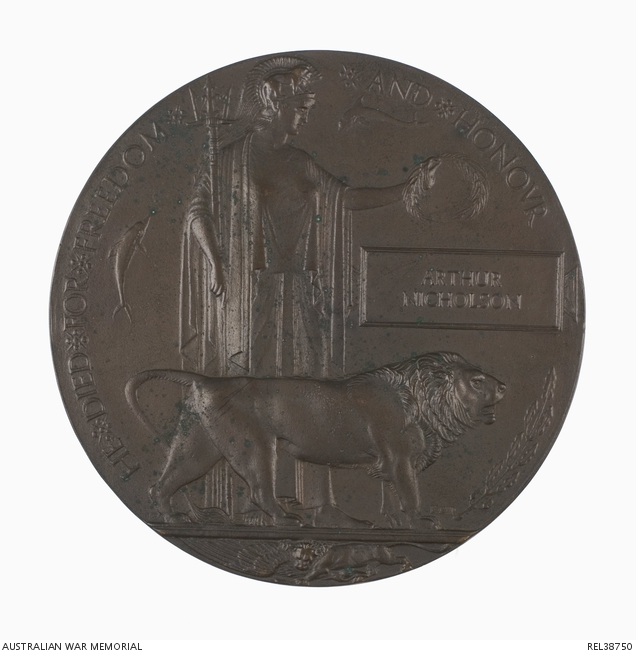 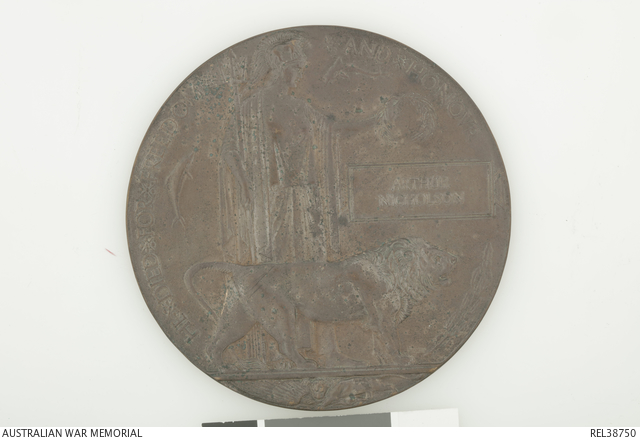 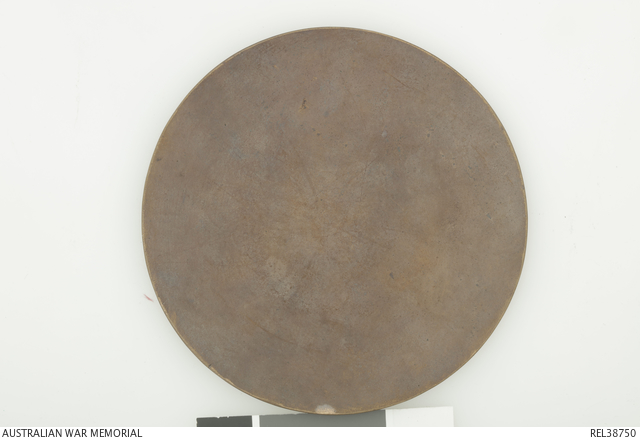 Bronze plaque showing Britannia and a lion together with the words 'HE DIED FOR FREEDOM AND HONOUR'. The name of the dead soldier, 'ARTHUR NICHOLSON', is inscribed in raised letters within a raised rectangle.The initials 'ECP', for the designer Edward Carter Preston, appear above the lion's right forepaw.

3368 Private Arthur Marshall Nicholson was born at Brighton, Victoria, the son of Samuel Henry and Hannah Eliza Nicholson. He was working as a grocer when he enlisted in the AIF on 7 July 1915. He embarked from Melbourne for Egypt on 11 October 1915 with the 11th reinforcements of 5 Battalion. Nicholson served in Egypt until 25 March 1916 when he embarked for France, arriving at Marseilles five days later. He served in France and took part in his unit's first major action in France, at Pozieres in the Somme Valley, in July 1916. On 24 December 1916 Private Nicholson was admitted to hospital with trench feet. He was sent to England and was in hospital until May 1917. He undertook further training at Perham Downs for two months before rejoining his unit in Belgium in late August 1917. On 20 September 1917 Nicholson took part in an attack at Menin Road, near Ypres in Belgium, capturing German territory. Throughout the following day, 21 September, German artillery fire harassed the Australian positions and as the day went on became increasingly accurate. At some point during the day, Private Nicholson was hit by shrapnel in his left leg and ankle. He was first treated by the 6th Australian Field Ambulance, who then transferred him to the 17th (British) Casualty Clearing Station, where he died of his wounds. He is buried at Lijssenthoek Military Cemetery in Belgium.