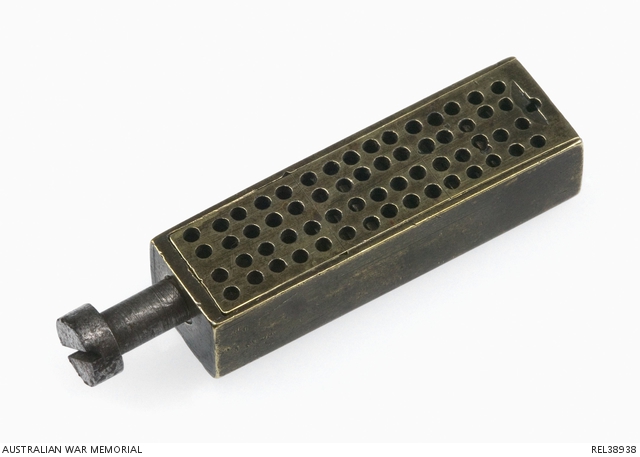 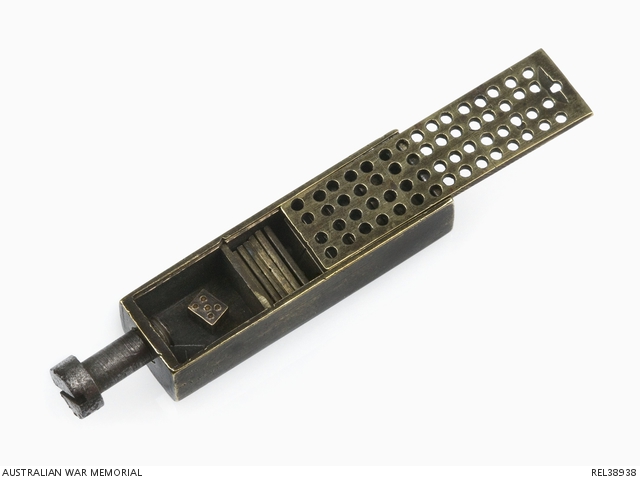 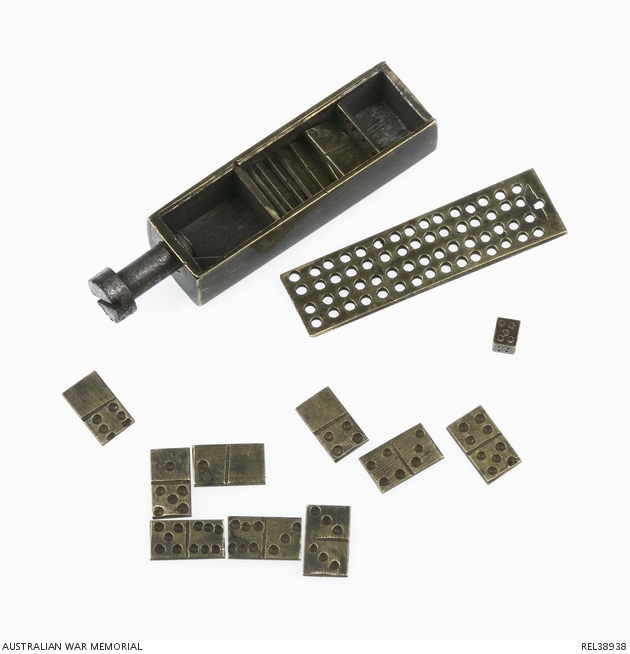 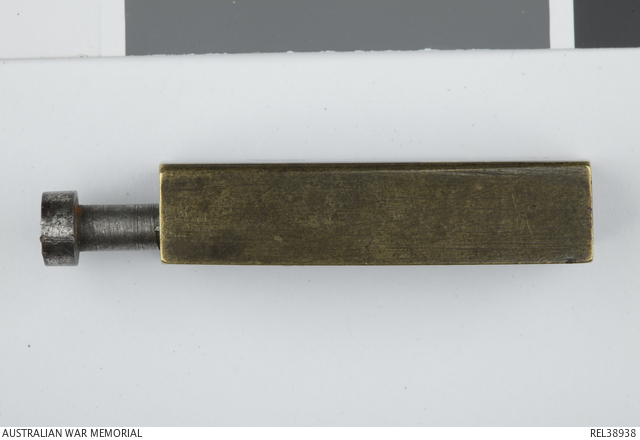 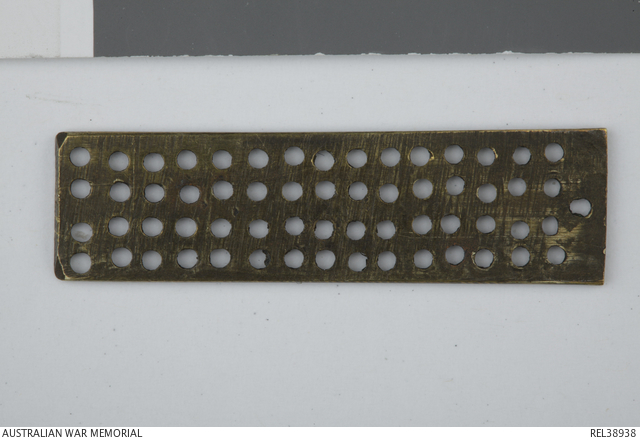 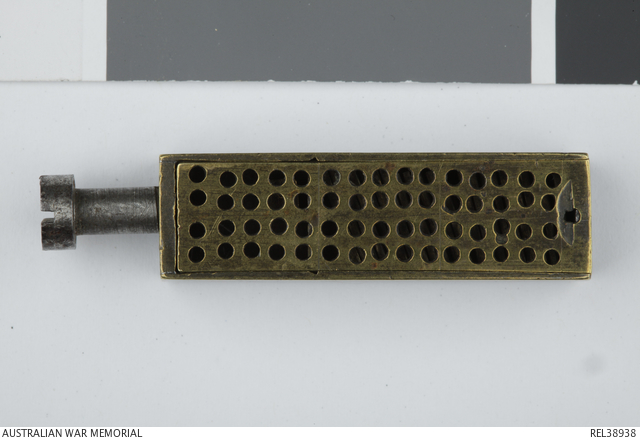 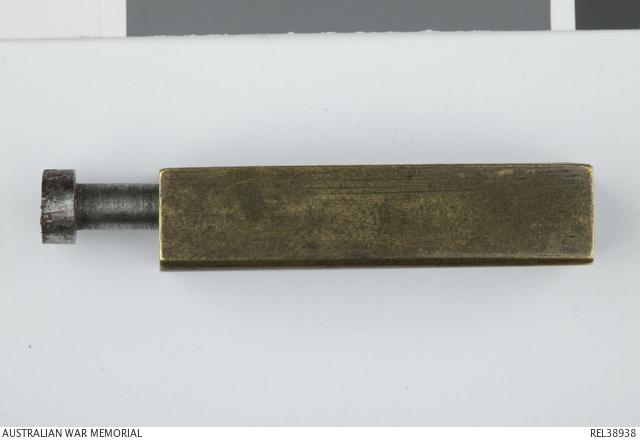 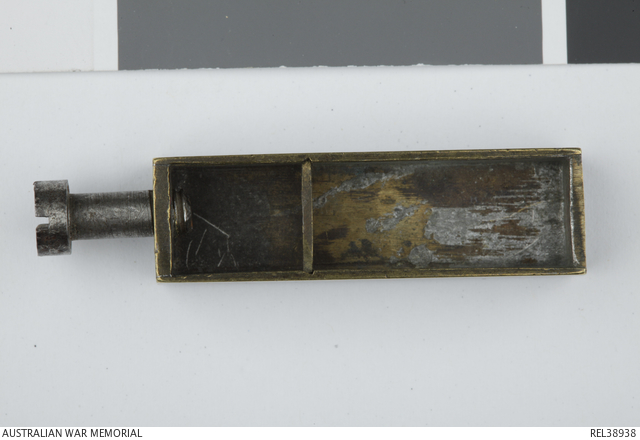 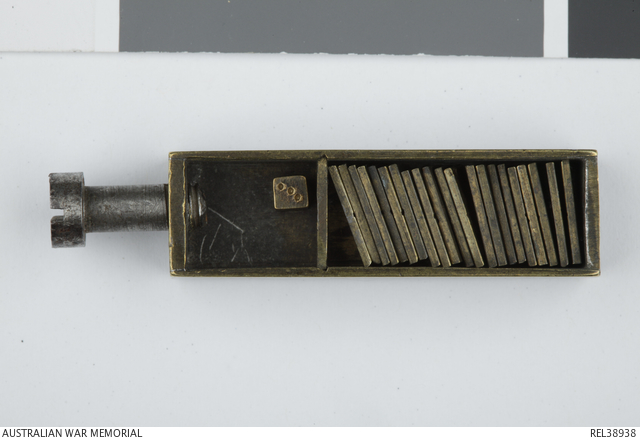 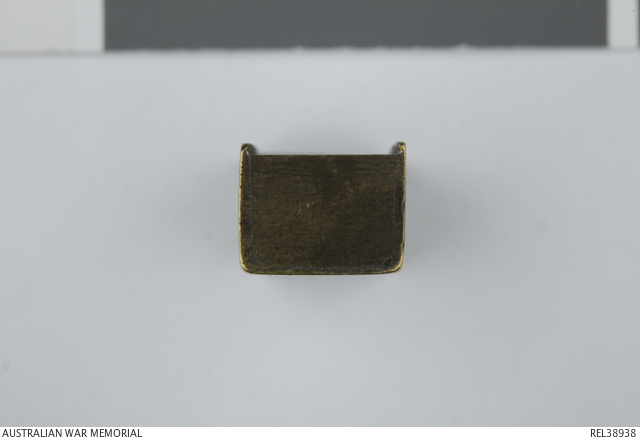 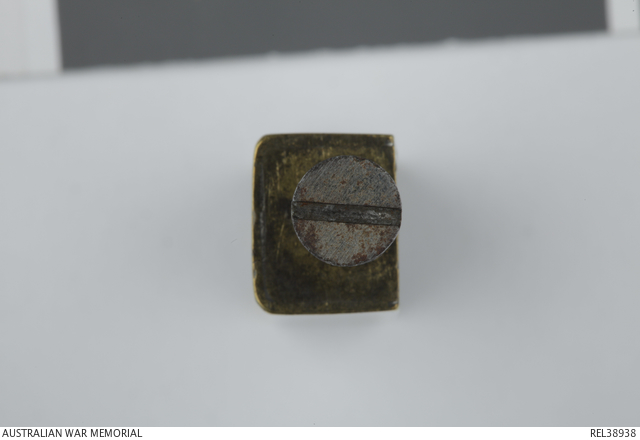 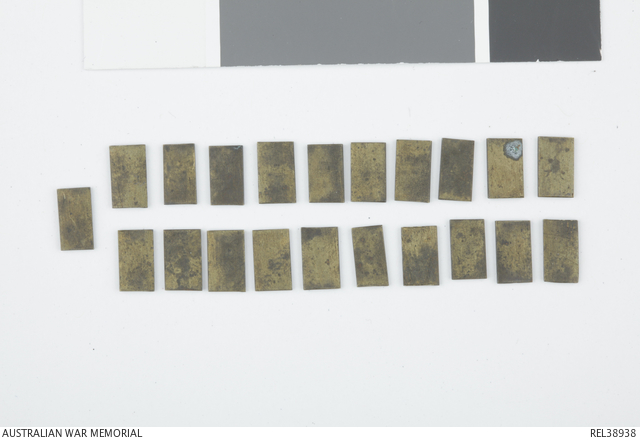 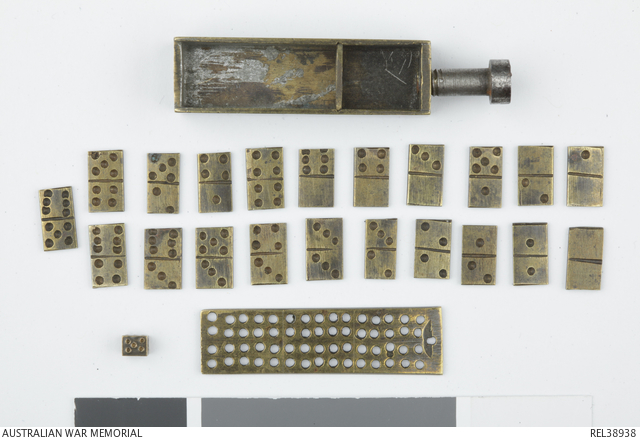 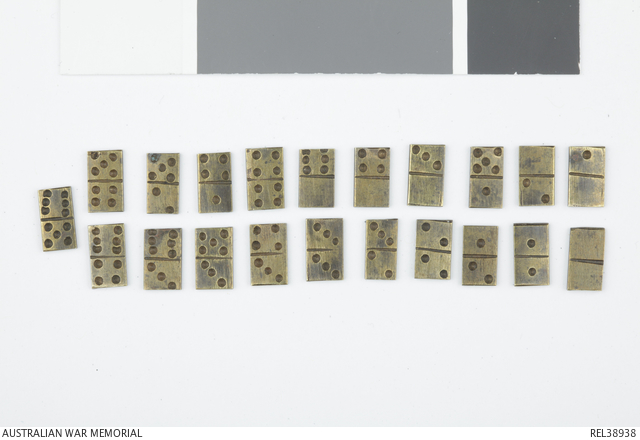 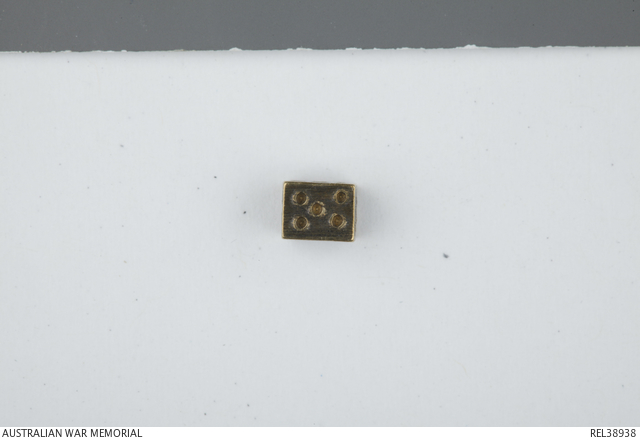 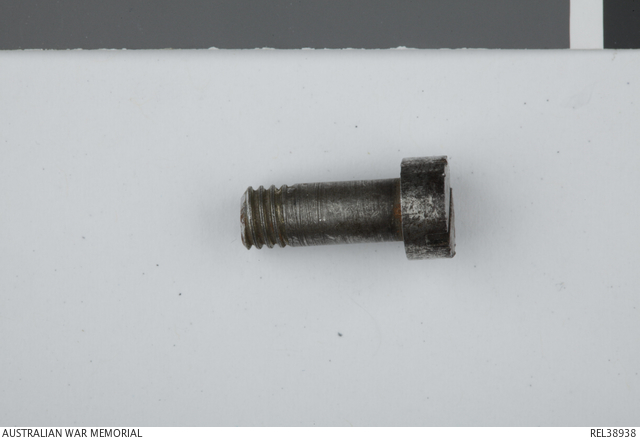 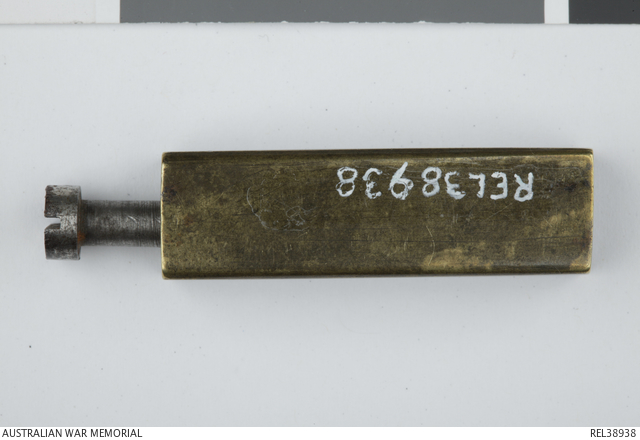 Soldered rectangular brass box with one internal division, sliding lid and a threaded hole at one end, into which a screw bolt has been inserted. The lid is fitted at one end with a thumbnail slot, and is drilled with a regular pattern of 60 holes, plus one hole at the top, creating a cribbage board. Contained within the larger partition are 20 tiny brass dominoes with filed central divisions and drilled number dimples. Each domino averages 12.5 x 5 x 0.8 mm. The smaller partition contains a tiny brass die, more rectangular than square, 4 x 3 mm, with drilled number dimples. It is possible the screw bolt was intended to be used as a handle.

Related to the service of William John Grant Shankland, born December 1895 at Green Dale, Victoria, an engineering student, who enlisted on 4 March 1916 at Melbourne. He was assigned to 3 Divisional Ammunition Column as a Driver and embarked for overseas service from Melbourne aboard HMAT Barambah on 27 June 1916. He joined his unit in England on 28 August and proceeded to France on 24 November. On 22 June 1917 he transferred to 27 Battery, 7 Field Artillery Brigade (7 FAB) and was remustered as a Gunner ('at own request') on 30 December. During this period 7 FAB was involved in the battles of Messines (7 June 1917), Menin Road (20 September - 25 September 1917), Broodseinde (part of the Third Ypres campaign, starting 4 October 1917), Passchendaele (12 October 1917), Morlancourt (March to May 1918), Mont St. Quentin (31 August - 1 September 1918), and the Hindenburg Line (from 18 September 1918). During this final phase of the war, the Brigade served with 27 United States Division. Gunner Shankland was granted a month's leave over August 1918 and after the Armistice attended Corps Central School in France, from 8 January until 26 April 1919. He returned to Australia aboard HMT Main, arriving at Melbourne on 11 October 1919, and was discharged on 25 November. It is unclear whether Shankland made this gaming set himself or whether it was made for him. It is a combination dominoes and cribbage set, with the sliding lid forming the cribbage board. There are 8 domino pieces missing, which have been identified as blank/5, 1/3, 1/6, 2/4, 2/6, 5/5, double blank and double six. The set was given by Shankland to the family who purchased his farm from him in later life and he related how he used to play the game 'in the trenches'.