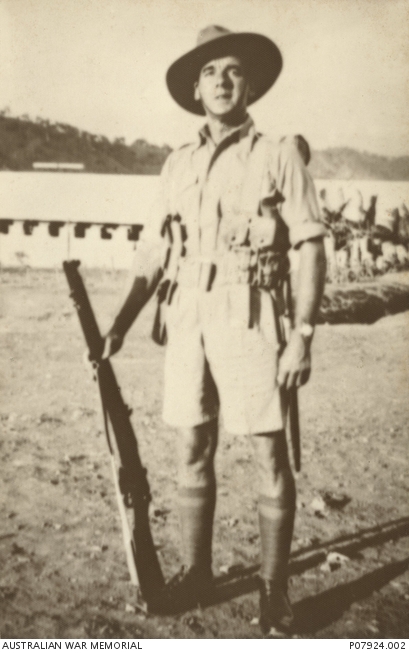 Informal portrait of Q42358 Warrant Officer Class 2 (WO2) James Monaghan Garrett, 49 Battalion, of Corinda, Qld. Garrett had served as a Trooper (service number 3345A) with the Camel Corps and 1st Light Horse Regiment from March 1917 to May 1919. He worked as a fruiterer between the wars and enlisted on 3 March 1941. Garrett arrived in Port Moresby on 22 March 1941 and was promoted quickly through the ranks to Warrant Officer Class 2. WO2 Garrett was wounded in action at Bougainville and died of his wounds two days later on 9 December 1942, aged 43.