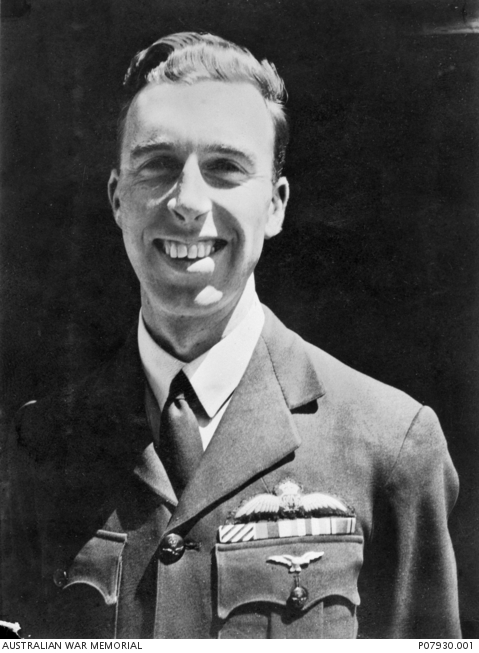 Informal portrait of 409242 Flying Officer (FO) William Patrick Ryan DFC, RAAF, 97 Squadron RAF, of Ainslie, ACT. Prior to his enlistment on 20 July 1941, FO Ryan was employed by the Department of Customs. He undertook initial training in Australia before embarking for the United Kingdom in August 1942. FO Ryan flew numerous bombing missions over Germany throughout 1944 and 1945 with 97 Squadron RAF and was awarded the Distinguished Flying Cross for his actions. Flying Officer Ryan was discharged from service in December 1945.