A ten-minute sketch of Albert Church 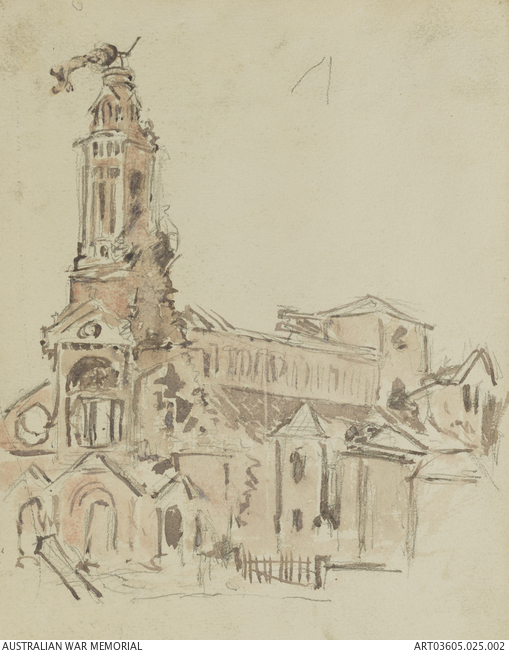 Depicts a 10-minute sketch of Albert Church. Benson recounts: "This place cost 7,000,000 francs and was just complete when the war started. The design was awful - the war certainly did some good." Albert Basilica is situated in the centre of the town. The Golden Virgin holding aloft her child on top of the church became a famous icon during the First World War because it was visible at great distances; thereby making it a good target for enemy artillery. In January 1915 it was damaged by German artillery and the statue hung horizontally. It is this half fallen Madonna that is depicted in Benson's sketch. It wasn't until the Spring Offensive in 1918 when the Germans advanced into Albert that the British sabotaged the Germans from using it as an observation post by deliberately targeting the spire with artillery.