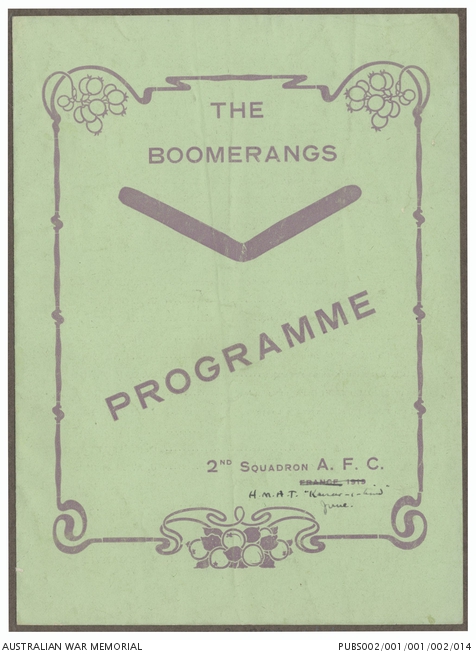 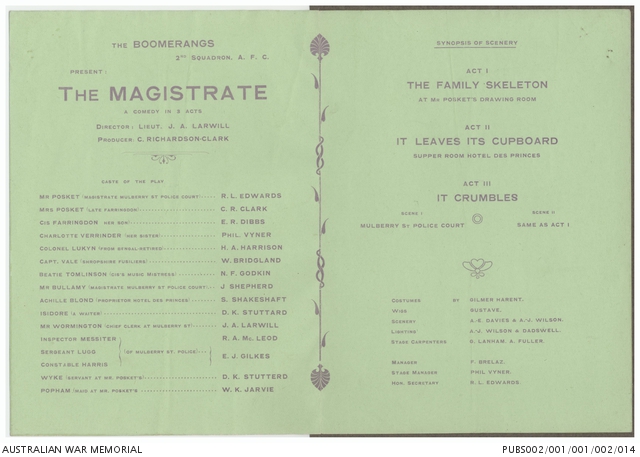 Souvenir program related to concerts held aboard troopships during the First World War and afterwards when troops were returning to Australia. This program is for a performance of the play 'The Magistrate', given aboard HMAT (SS) Kaiser-i-Hind in June, year unknown. The play featured three acts and this production was directed by Lieutenant J. A. Larwill and produced by C. Richardson-Clark. The program features a list of the actors with a synopsis of the individual acts. The front cover of the program features a printed boomerang.