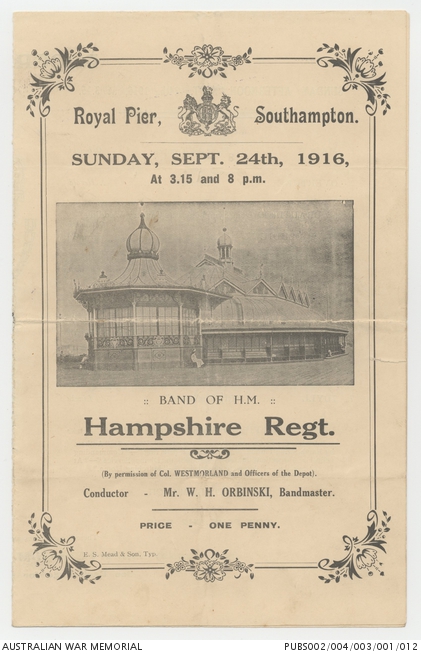 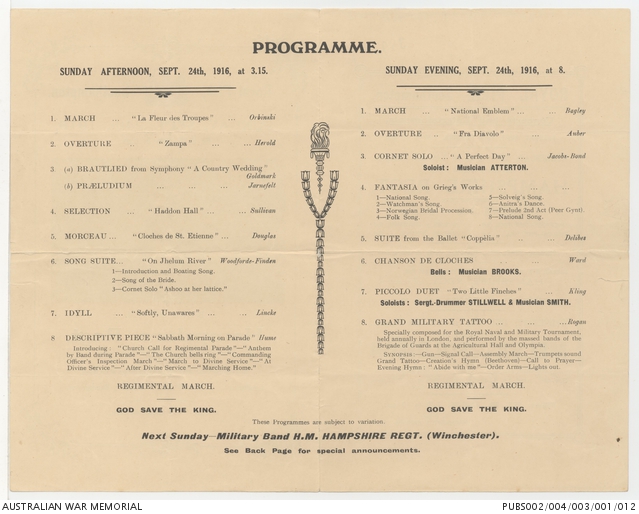 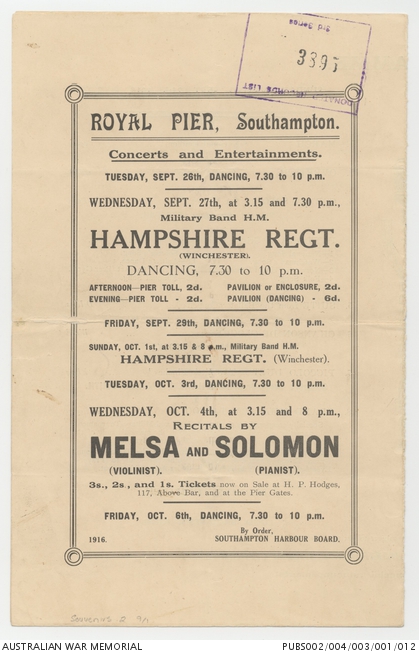 Souvenir program for a concert held during the First World War. This program is for musical selections performed by the band of HM Hampshire Regiment at 3.15pm and 8pm on Sunday 24 September 1916. The concerts took place on the Royal Pier Southampton under the conductor and bandmaster Mr W H Orbinski. The price of admission was one penny.