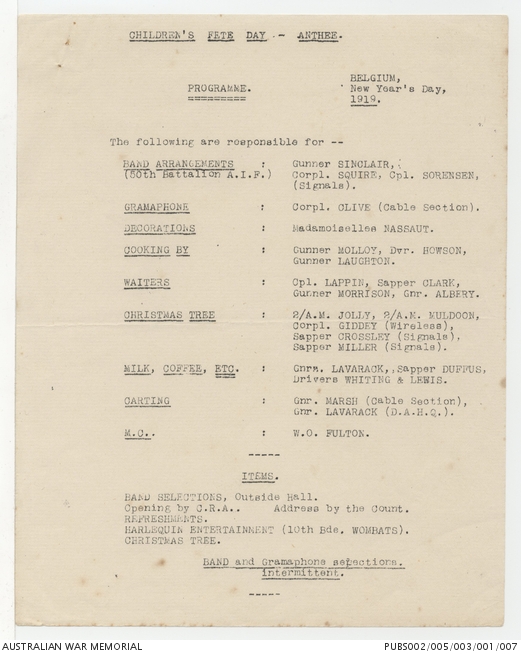 Souvenir program for a fete held after the First World War. This program is for a children's fete in the village of Anthee, Belgium on 1 January 1919. The fete was organised by Australian soldiers who attended to cooking, waiting, establishing a Christmas tree and tending to the provision of tea and coffee. The 50th Battalion Band played musical selections with entertainment also provided by the Wombats Concert Party of the 10th Infantry Brigade and a gramophone operated by Corporal Clive.