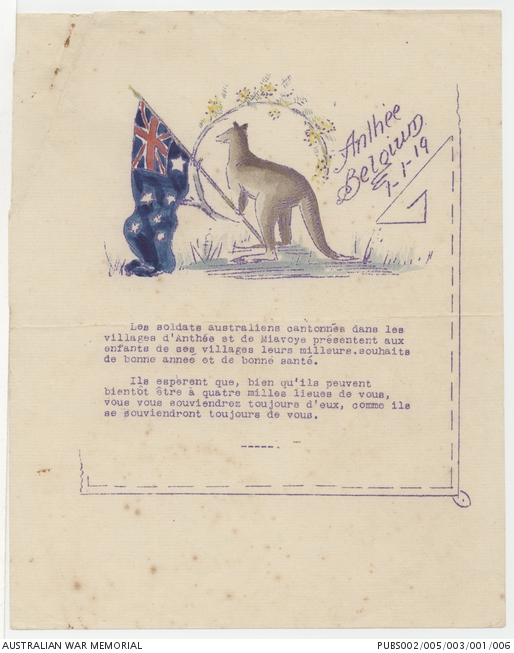 Message from a Belgian town after the First World War. This is a message to Australian soldiers from children in the Belgian village of Anthee dated 1 January 1919. The note is written in French and wishes Australian soldiers in the villages of Anthee and Miavoye a happy new year. The note also reads that it hopes the soldiers will remember them as they will always be remembered by the village. A printed image, later coloured, of a kangaroo standing under an arch of wattle with an Australian flag also features on the note.