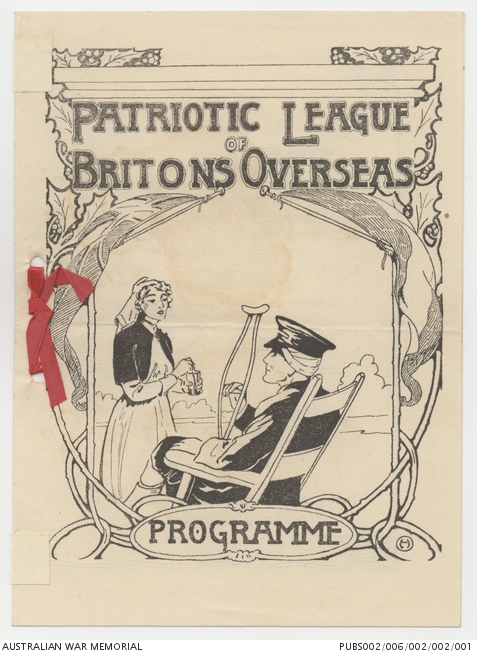 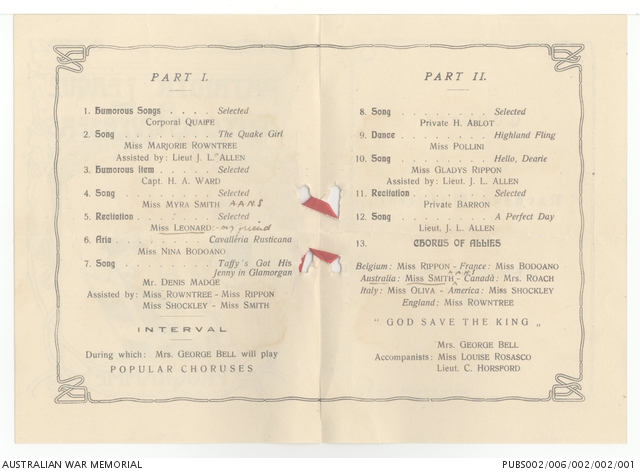 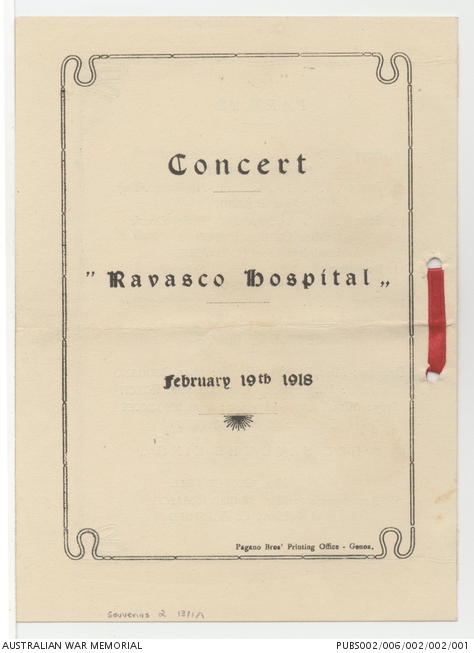 Souvenir program for a concert held during the First World War. This program is for a concert held at Ravasco Hospital in Italy on 19 February 1918. The concert was organised by the Patriotic League of Britons Overseas and featured vocal performances, dances, recitations and humorous acts. The program has been hand annotated to indicate that some of the performers were members of the Australian Army Nursing Service.