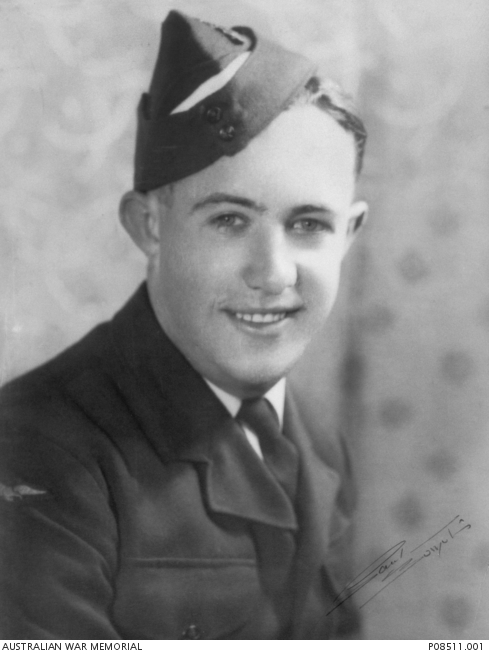 Studio portrait of 413054 Aicraftman (later Flight Sergeant) Jeffry Weeden RAAF, of Tumut, NSW. A bank clerk prior to his enlistment on 15 August 1941, he undertook air crew training and was posted overseas for further courses. Whilst attached to No 58 Operational Training Unit RAF he was killed on 2 July 1943 in a flying accident at RAF Station Grangemouth in Scotland. He was aged 21 years.