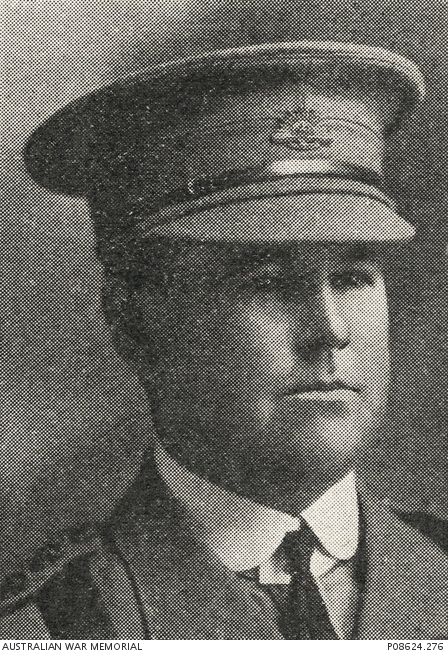 Studio portrait of Captain Charles Henry Linklater, 4th (later 33rd) Battalion of Wollstencraft, NSW. A wool merchant prior to enlisting, he initially embarked from Sydney aboard HMAT Seang Choon (A49) on 11 February 1915. He was wounded at Gallipoli in July 1915 and moved to Malta for treatment of Enteric Fever. He was repatriated to Australia in September 1915. Having recovered from his illness, he embarked from Sydney aboard the HMAT Marathon (A74) on 4 May 1916. He was reported as "missing" on 11 June 1917 during the battle at Messines, Belgium, aged 33. This was subsequently amended to killed in action on information received from the German Army. For his conspicuous gallantry and devotion to duty, he was awarded the Military Cross. He has no known grave, and is remembered with honour on the Ypres (Menin Gate) Memorial, Belgium.