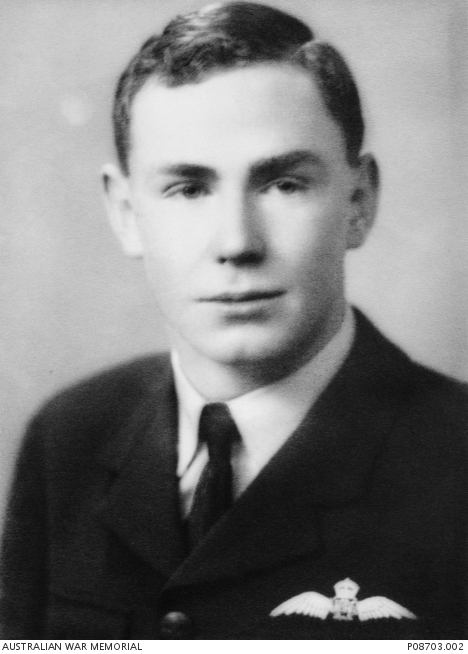 Studio portrait of 250619 Squadron Leader (Sqn Ldr) John Marshall Pizzey, 1 Squadron, RAAF. Pizzey, of Ivanoe, Vic, enlisted on 6 July 1939. He was killed on operations over the Sumatra area on 14 February 1942, aged 21. Sqn Ldr Pizzey has no known grave and is commemorated at the Singapore Memorial, Kranji War Cemetery, Singapore. This image is taken from "The Ivanarian", a magazine of the Ivanhoe Grammar School in Melbourne, Vic. During the Second World War the school honoured "old boys" who had enlisted and died by including a short biographical piece and in many cases a portrait.