Outdoor portrait of a crew of 53 Squadron RAF in front of their Liberator aircraft at St Eval, ... 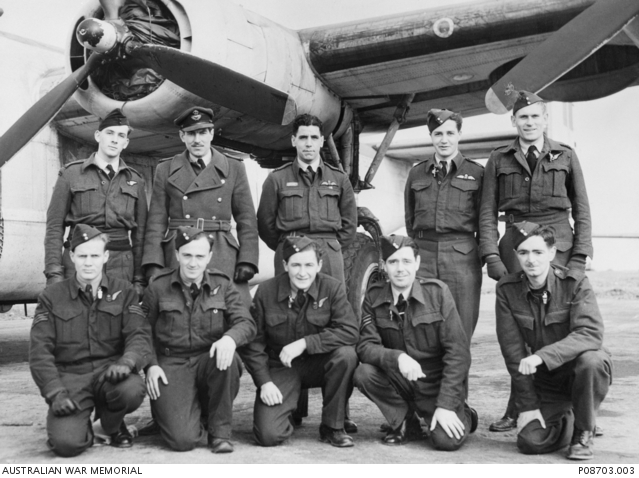