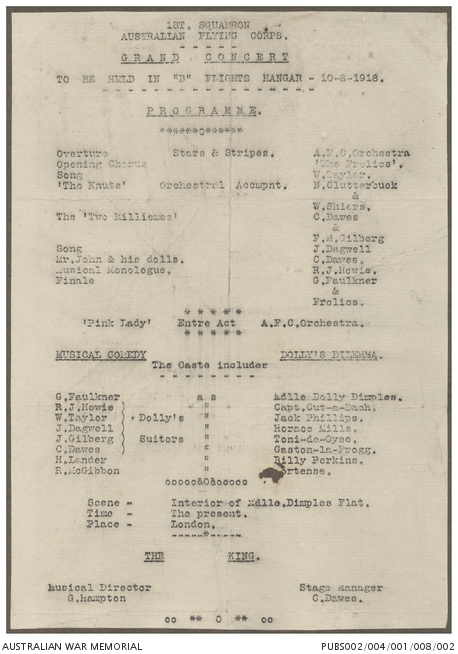 Souvenir program for a concert held during the First World War. This program is for a performance by 1 Squadron, Australian Flying Corps in 'B' Flights Hangar on 10 August 1918. The concert featured instrumental and vocal performances with appearances by the Australian Flying Corps orchestra and the Amateur Frolic Company. The second half of the evening's entertainment was a production of the musical comedy 'Dolly's Dilemma'.