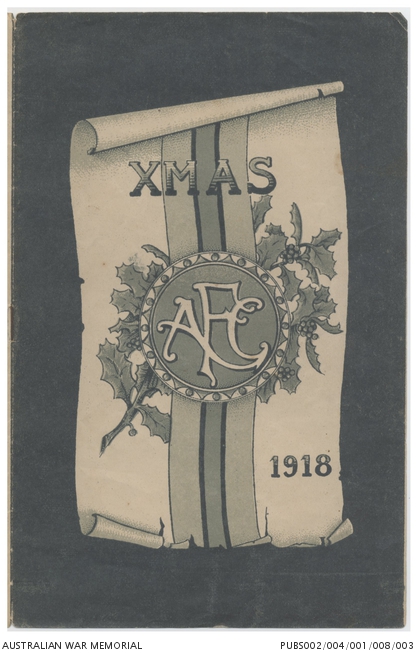 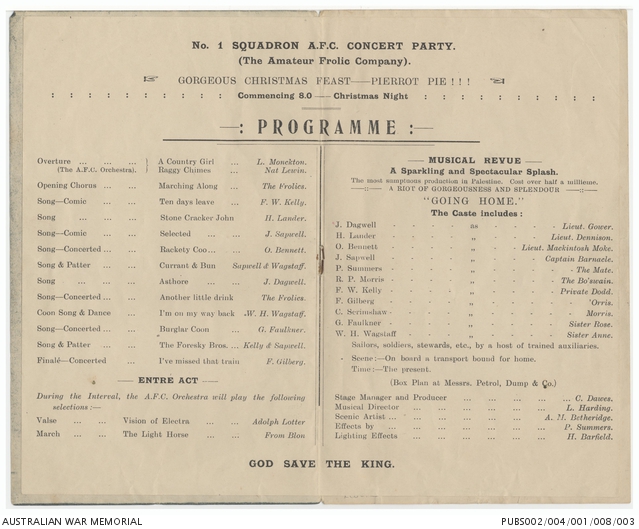 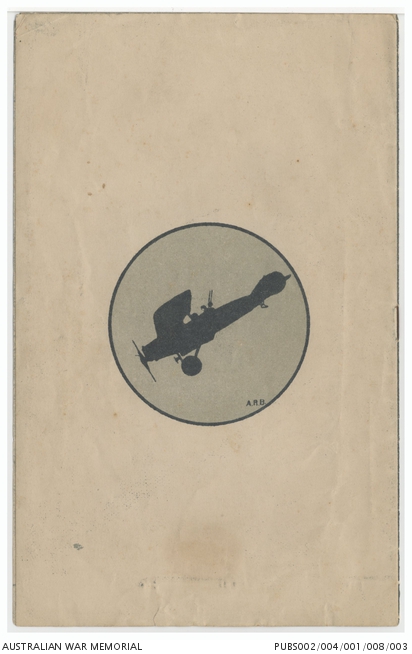 Souvenir program for a concert held during the First World War. This program is for a concert by No 1 Squadron Australian Flying Corps Concert Party, the Amateur Frolic Company, at 8.00pm on 25 December 1918. This concert featured instrumental and vocal performances followed by the musical revue 'Going home'. Musical entertainment was provided during the interval by the Australian Flying Corps Orchestra. The cover of the program features a holly garland and the back features a silhouette of a military aircraft.