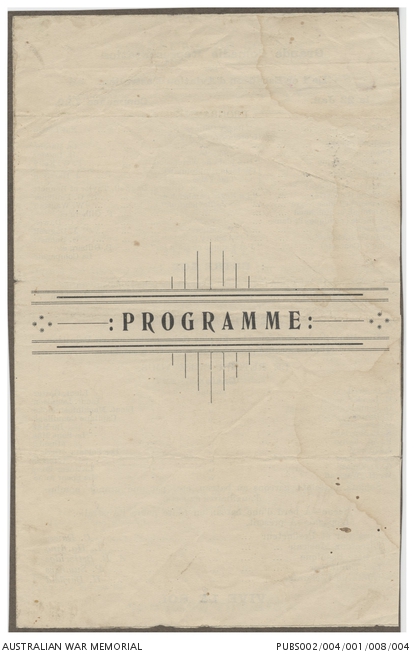 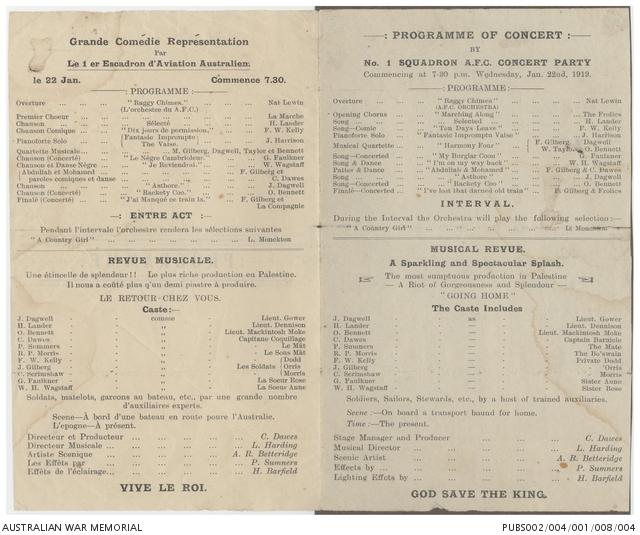 Souvenir program for a concert held during the First World War. This program is for a concert by No 1 Squadron Australian Flying Corps Concert Party at 7.30pm on Wednesday 22 January 1919. The concert featured instrumentals, vocal performances and dances with appearances by the Australian Flying Corps Orchestra. The second half of the concert featured a production of the musical revue 'Going Home'. The program is written in both English and French.