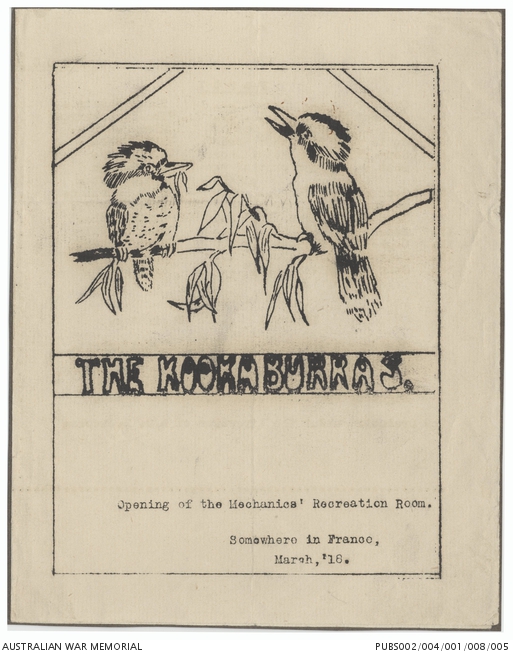 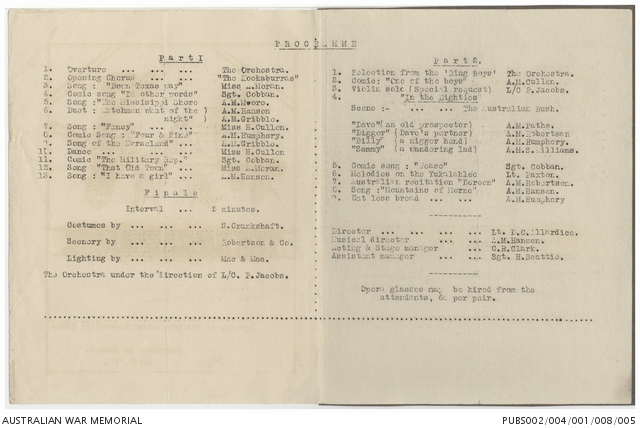 Souvenir program of a concert held during the First World War. This program is for a concert held by No 2 Squadron Australian Flying Corps Concert Party, The Kookaburras, to celebrate the opening of the Mechanics' recreation room during March 1918. The concert was composed of two parts and featured instrumentals, vocal performances, comedy and a short play titled 'In the Eighties'. The cover of this program is illustrated with two kookaburras sitting upon a branch of a gum tree.