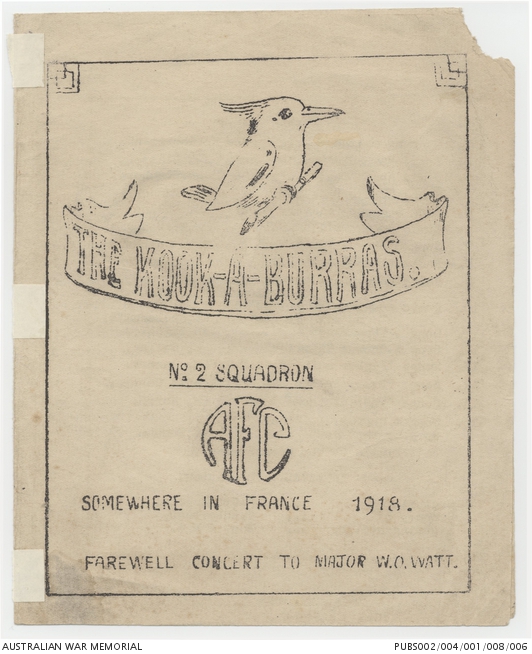 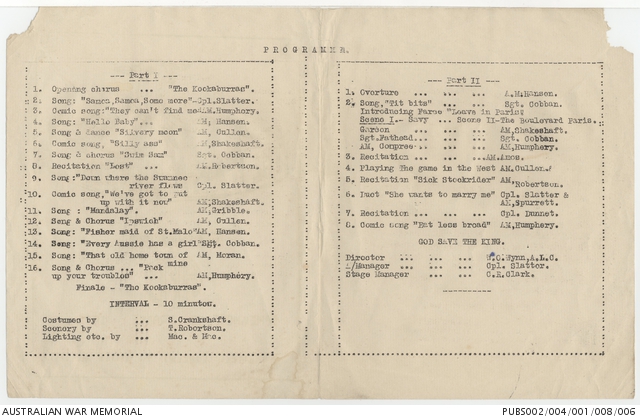 Souvenir program for a concert held during the First World War. This program is for a concert presented by the Kookaburras of No 2 Squadron Australian Flying Corps in France during 1918. The concert was held to farewell Major W O Watt and featured vocal performances, recitations and comedy. The cover features an illustration of a kookaburra.