Item 9: While the Billy Boils 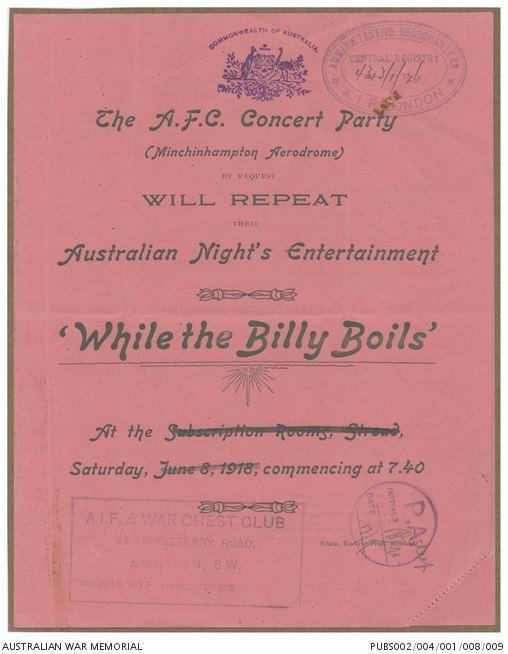 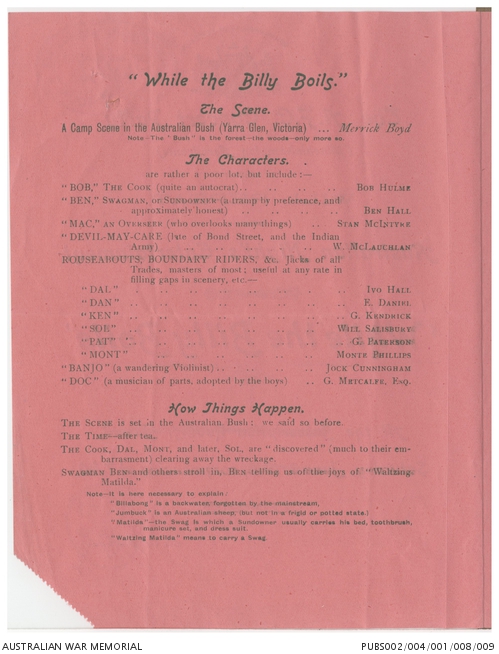 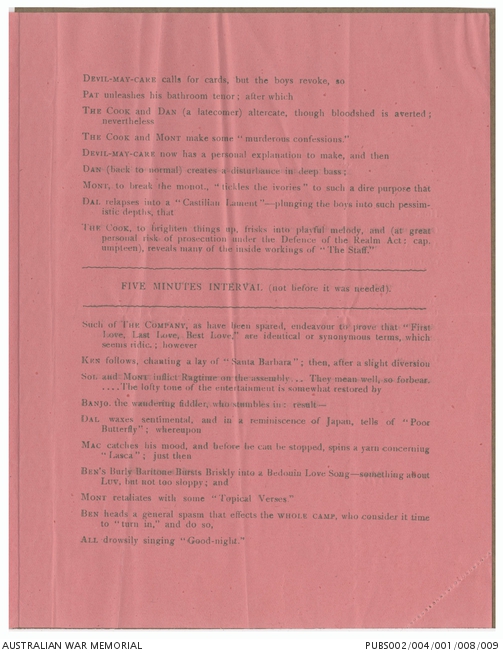 Souvenir program for a theatrical production held during the First World War. This program is for a repeat performance of 'While the billy boils' by the Australian Flying Corps Concert Party (Minchinhampton Aerodrome) at the AIF and War Chest Club in London. The concert was held at 7.40pm circa June 1918. The setting for the play is the Australian bush at Yarra Glen in Victoria and the program includes explanations of Australian terms and expressions.