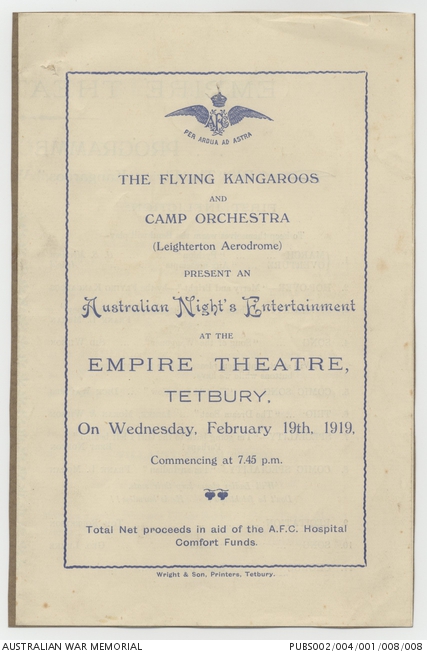 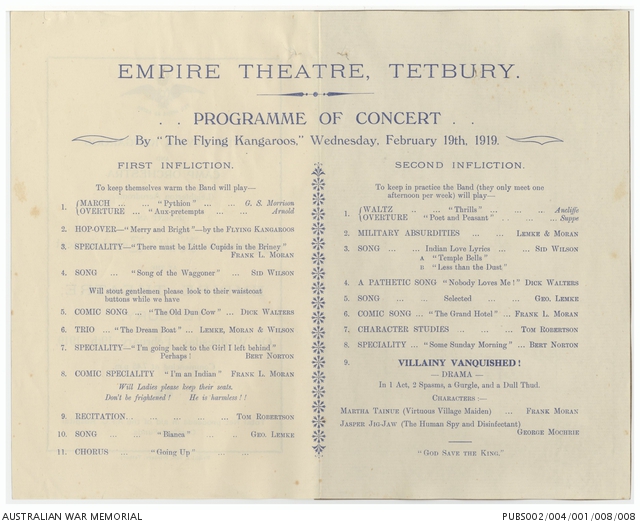 Souvenir program for a concert held during the First World War. This program is for a concert presented by The Flying Kangaroos at the Empire Theatre in Tetbury from 7.45pm on Wednesday 19 February 1919. The concert was supported by the Camp Orchestra (Leighterton Aerodrome) and featured vocal performances, comedy, recitations and the drama 'Villainy vanquished!' Proceeds from the concert were to be given to Australian Flying Corp Hospital comfort funds.