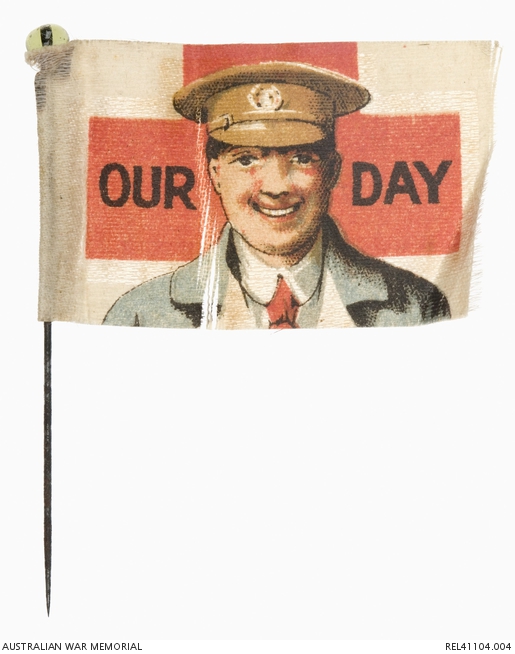 Miniature rectangular silk flag design mounted on a long metal pin with a clear green glass ball top. Silkscreened in full colour, the design depicts the head and shoulders of a smiling British soldier in cap and hospital blues superimposed on a Red Cross bearing the words 'OUR DAY'. The silk has split longitudinally.

This particular example marks 'Our Day' - the Red Cross and the Order of St John's combined annual fundraising appeal which was first held on 21 October 1915. A report on the progress of the appeal in the October 1917 edition of 'The British Journal of Nursing' stated 'success ...was assured from the first by the splendid donations received at Red Cross Headquarters, including 10,000 pounds from the King and 205,000 pounds from the British Chapter of the Red Cross. Altogether donations, apart from street sales, considerably exceed 700,000 pounds'.