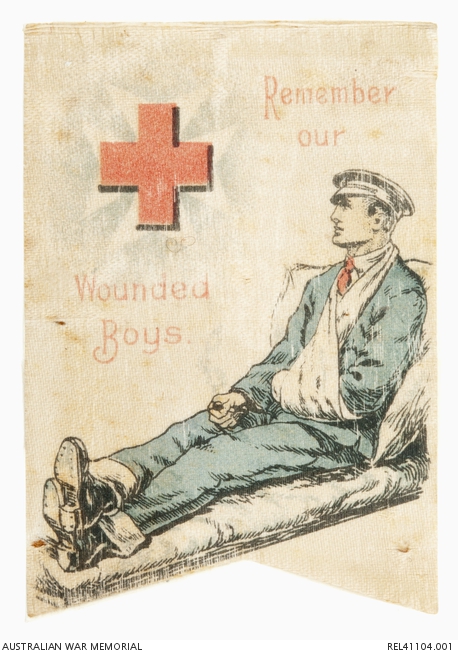 Banner style silk badge, backed with card, printed in red and blue, depicting a reclining soldier dressed in hospital blues, with his arm in a sling. A Red Cross is superimposed over the St John's Ambulance Cross Maltese cross at the upper left corner. Red lettering around the crosses reads, 'Remember our Wounded boys'.