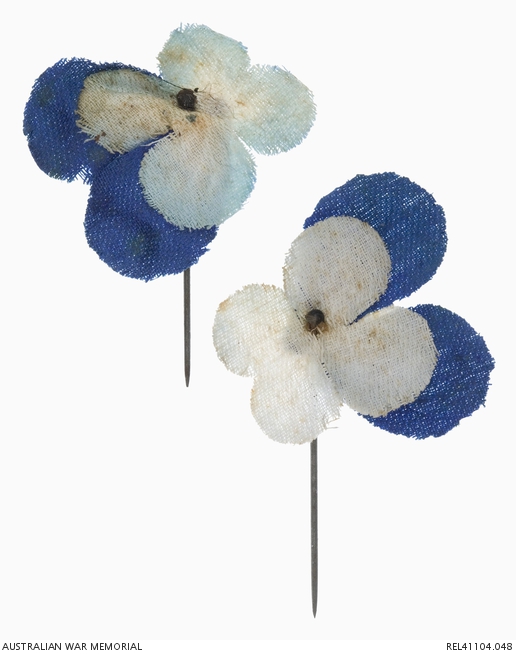 Pair of identical silk pansy badges with pin attachment. Each flower is formed from an inner white silk form of four petals with an outer blue silk section of two petals.

It is unclear what charity, if any, these pansies supported. In the lanuage of flowers the pansy represented thoughts and remembrance.