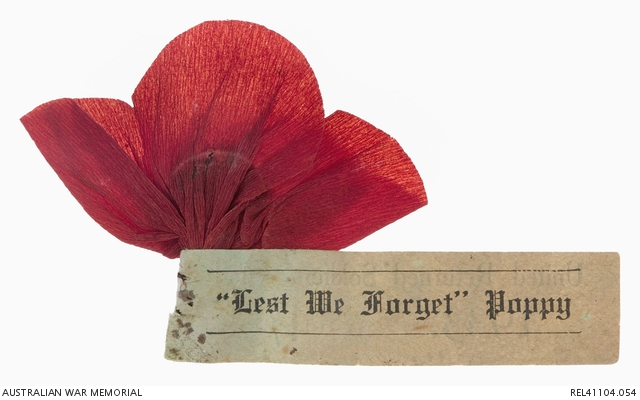 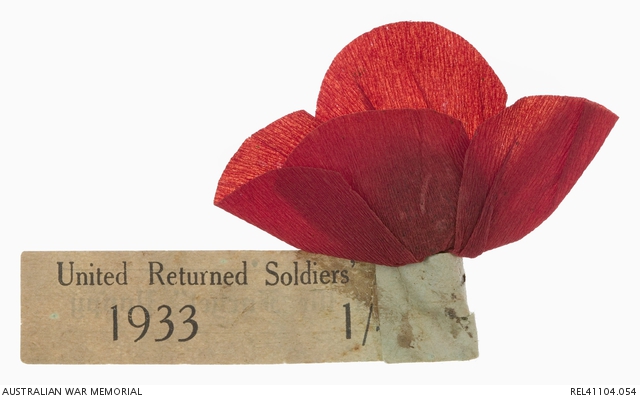 Red crepe paper poppy, with green paper label attached, reading 'United Returned Soldiers 1933' on one side and "'Lest We Forget' Poppy'" on the other. The poppy is sewn to a central black domed tin button, impressed 'URS FUND'.

This 1933 Remembrance Day poppy was produced by the United Returned Soldiers' Fund in 1933. The URS was formed postwar as an amalgamation of the NSW Returned & Services League, The Limbless Soldiers Association and The TB Soldiers, Sailors and Airmen Association. They still make and sell poppies today.