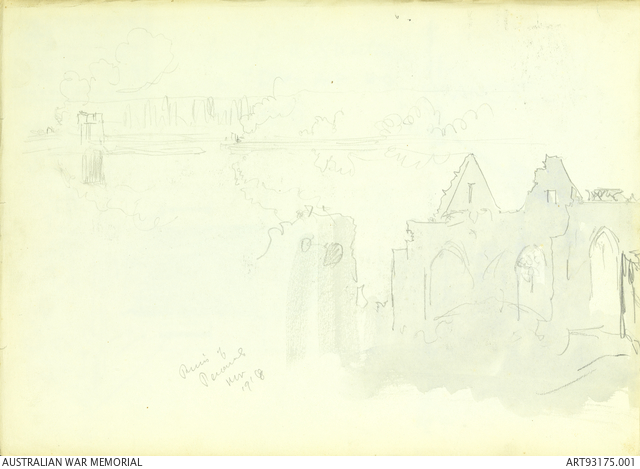 Preliminary sketch of ruined buildings in the town of Peronne with what appears to be a river in the background and landscape. This sketch shows the aftermath of the damage wreaked on Peronne.
Peronne was the objective of an intensive series of operations mounted by the Australian Corps between 29 August and 2 September 1918. Surrounded by sturdy 17th century ramparts, the town was the centrepiece of a heavily defended area that dominated the crossing points over the Somme, which turned south at Peronne, and thereby blocked an advance on the Hindenburg Line. Peronne had to be cleared street by street, and it was not completely secured until the morning of 2 September 1918.

Purchased with the assistance of the Australian Government through the National Cultural Heritage Account, 2007