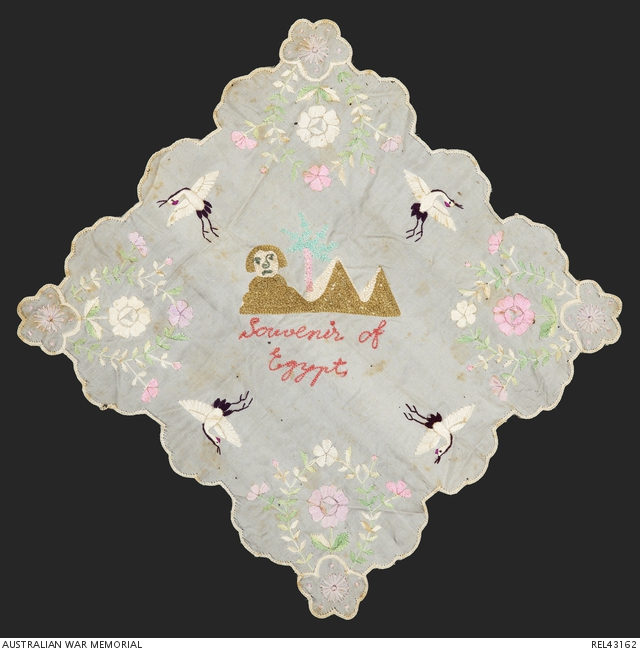 Scallop edged silk handkerchief, finely hand embroidered with posies of flowers in each corner, and a crested crane in flight between each posy. A sphinx, pyramids and a stylised date palm, accompanied by the words 'Souvenir of Egypt', appears in the centre in machine chain stitch.

Monck's two elder brothers Stephen Bertram Monck and Charles James Maguire Monck both enlisted three or four days later, also in 55 Battalion. After initial training. Peter Monck embarked for overseas service aboard the transport 'Port Sydney', which left Sydney on 4 September, arriving, via Egypt, at Plymouth 29 October 1916. After a month with 14 Training Battalion, he arrived in France on 14 December, finally joining his unit on Christmas Eve 1916 where they were resting and billeted at Buire-sur-l'Ancre.