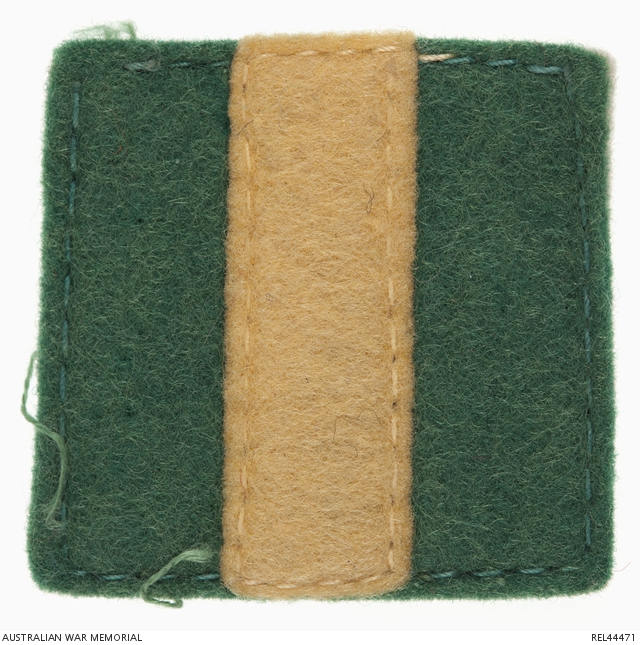 Embroided colour patch of the Eastern Command Schools and Training Units. The square shaped colour patch consists of three vertically divided equal width bars. The bars are green, yellow and green. All three of these bars have been sewn into a grey felt backing.

This is an example of a colour patch worn by members of Eastern Command Schools and Training units during the Second World War. Eastern Command consisted of Queensland, Victoria and New South Wales based training schools and establishments of the Australian Army. The many thousands of Soldiers, Non-Commissioned Officers and Officers who graduated from these schools between 1939 and 1945 went on to serve in all theatres of war which the Australian Army was engaged in during the Second World War.

The use of green and yellow colours in their colour patches and on brassards worn by their staff and instructors is a tradition of training units within the Australian Army still in the 21st Century.