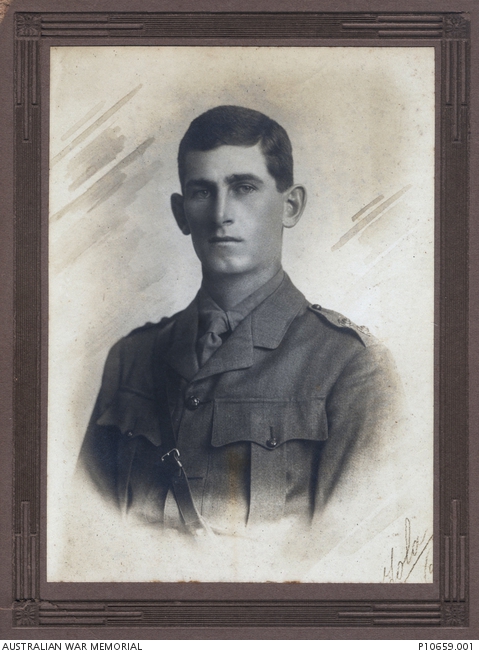 Studio portrait of Lieutenant William Lang, 6th Light Horse Regiment. A graduate of the Royal Military College Duntroon, Lang joined the army on 3 November 1914. He embarked at Sydney with his unit aboard HMAT Suevic (A29) on 21 December. After training in Egypt, he served at Gallipoli, where he was appointed Captain. Lang was wounded on 7 August and was evacuated to the Hospital Ship Guildford Castle. He died from his wounds on 13 August and was buried at sea. He was 22 years of age.