Transcript of extracts from diary of John George Cosson, 1915 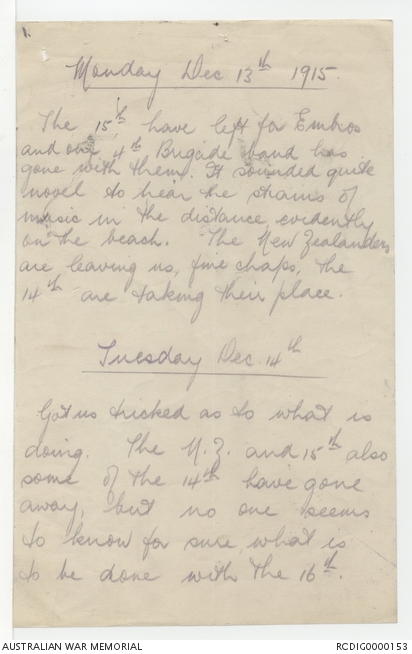 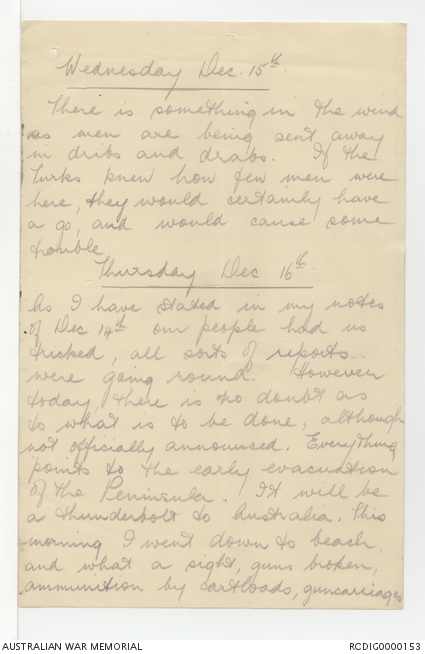 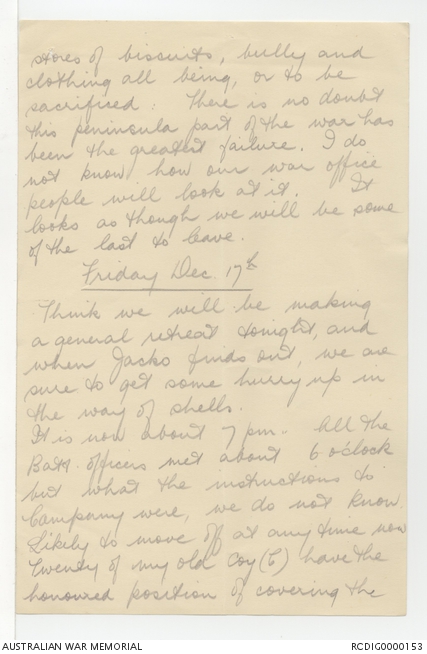 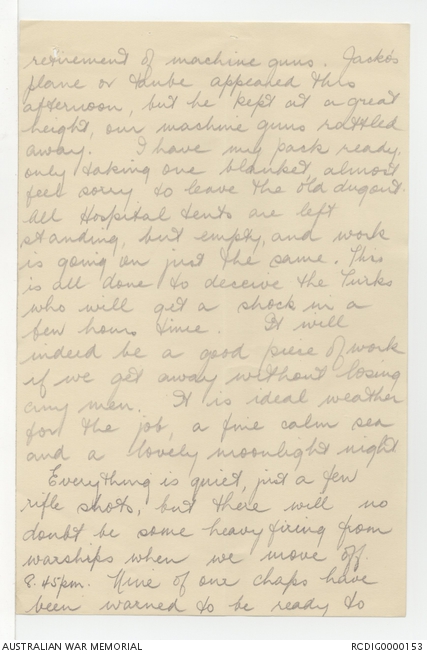 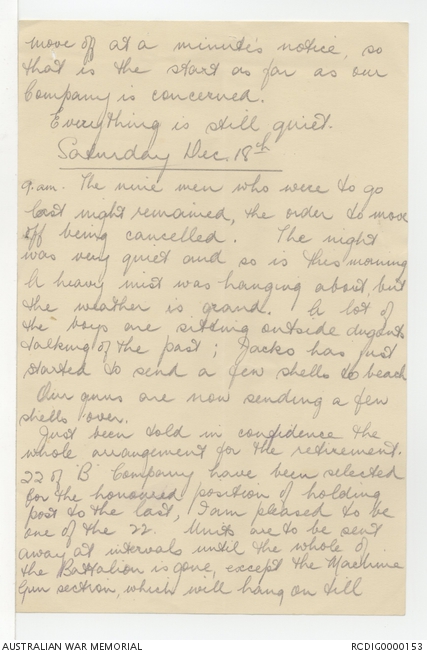 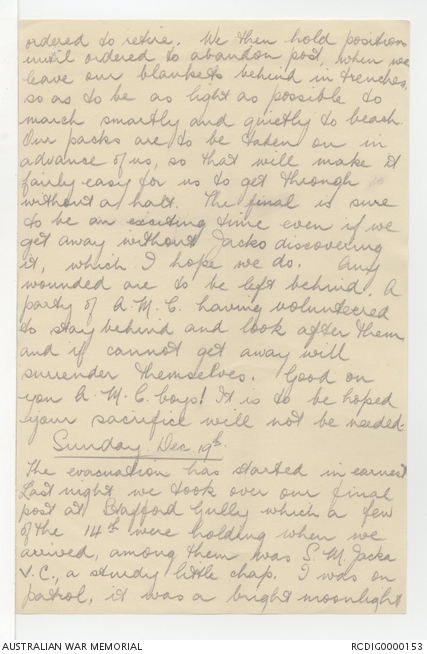 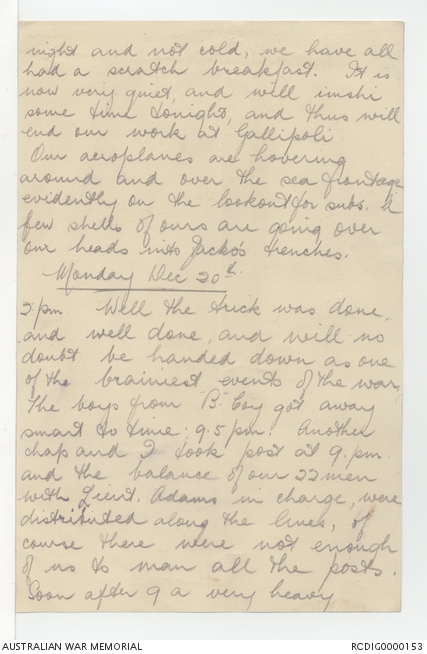 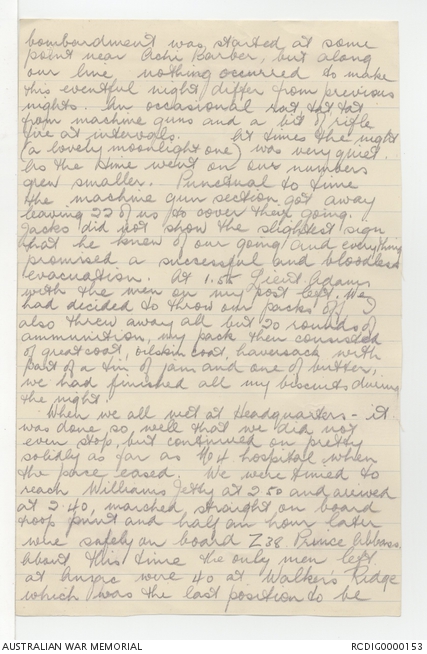 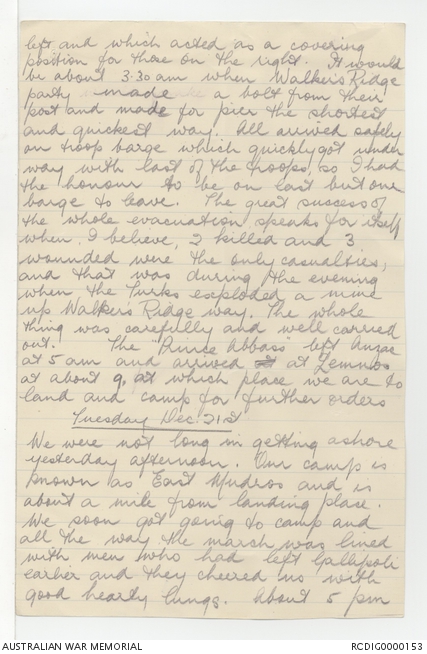 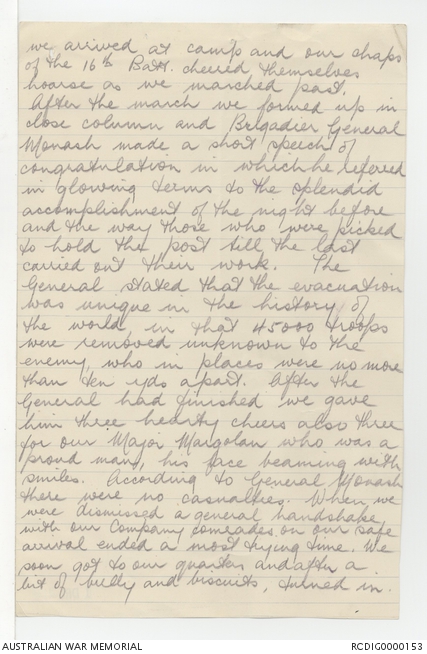 Transcript of diary extracts relating to the First World War service of 2454 Private John George Cosson DCM, 48th Battalion. These extracts are from a diary written by Private Cosson at Gallipoli between 13 and 21 December 1915. The extracts describe the preparations for the evacuation of Cosson's Battalion from Gallipoli and note the evacuation as evidence of the failure of the Gallipoli campaign. He states that news of the evacuation will come as a "thunderbolt to Australia", but that it was "unique in the history of the world". The handwritten extracts were made in 1928 by Mrs Elizabeth Cosson in response to a request made by the Australian War Memorial. The location of the originals is unknown.