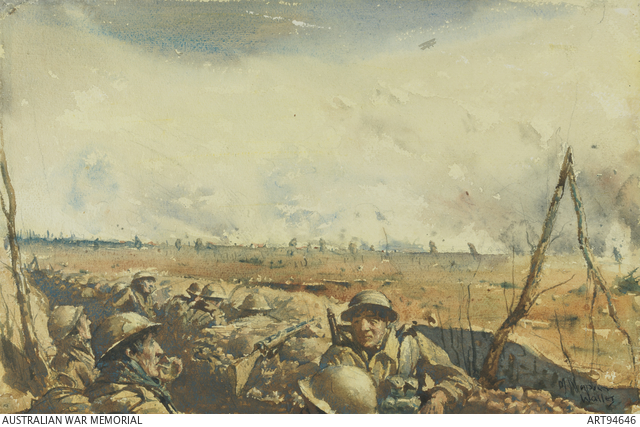 Depicts Australian soldiers during a lull in the fighting. A soldier enjoys a cigarette while an Enfield 303 rifle rests upon the parapet of the trench, awaiting action. Mervyn Napier Waller captured an Australian soldier's experience of the Western Front in a number of sensitively realised watercolour sketches. Without heroicism or theatricality, these works document the action that preceeded the historic retirement of the German forces from the Somme in 1917, and the part played therein by the Australian Artillery.