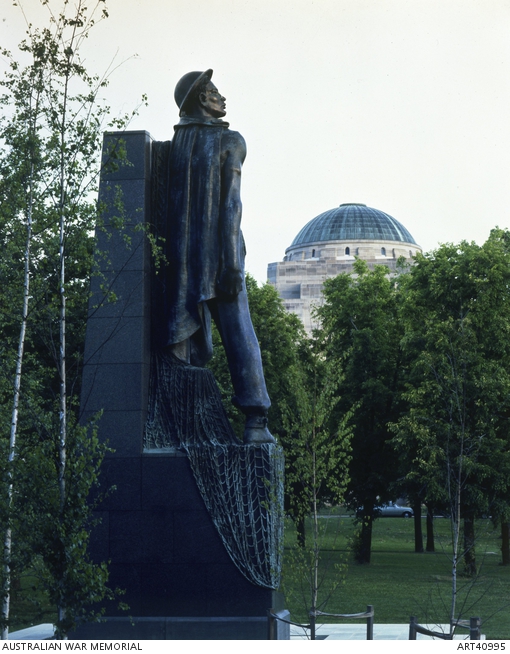 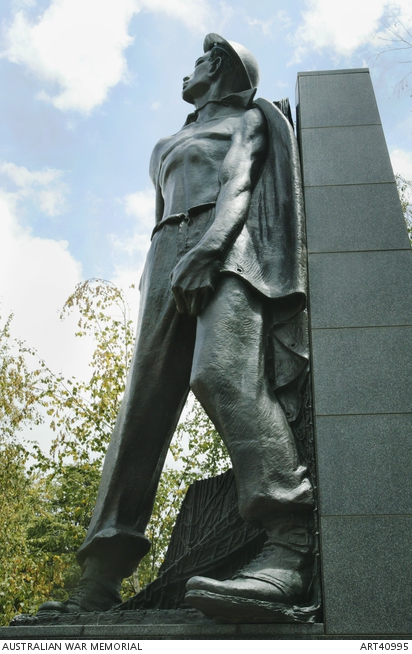 This sculpture was initially commissioned for the Hall of Memory in 1954. Leslie Bowles died in 1954 and it was originally he who had designed the proposed statuary to be the feature in the Hall of Memory. It was his wish that Ewers complete this work if he were unable to do so. Instead, Ewers was invited to propose an alternative design. It took four years for Ewers to develop his design and have it approved by the Board and Art Committee, and it also took a while to find an appropriate foundry to complete the casting as it is such a large work. It was cast in Italy by Battaglia & C. Milano. Australian Serviceman was completed in 1958 and installed in the Hall of Memory, which is where it was displayed from 1959-1993. In 1993 it was removed from the Hall of Memory, when the Tomb of the Unknown Soldier was installed and a new work put in place of the Australian Serviceman. It was then relocated to the Australian War Memorial sculpture garden in 1995. The figure was intended to symbolise 'young Australia' in an attitude of remembrance, hope for the future, and achievement. The figure of the young Australian serviceman is clothed in a tin hat, pants, groundsheet, gaiters and boots, standing on a drape of camouflage netting.