Australian Serviceman A statue representing all arms of the services commemorates the sacrifices ... 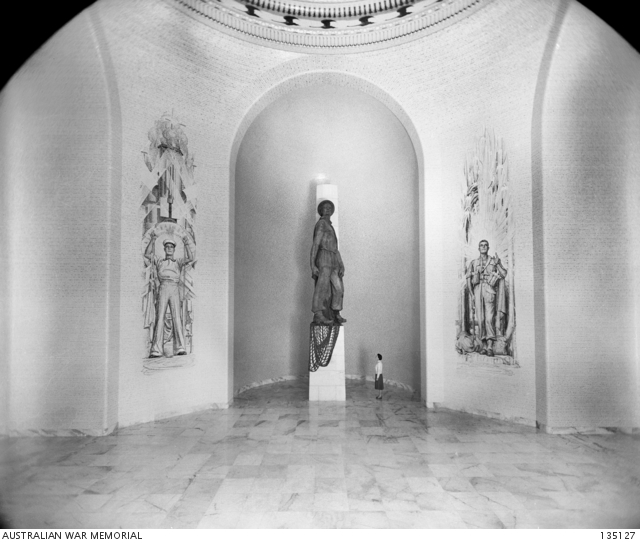 Australian Serviceman
A statue representing all arms of the services commemorates the sacrifices of Australians in all wars. The statue originally stood in the Hall of Memory which was opened by the Governor-General, Sir William Slim on the 24th May 1959.
The 18 foot statue was sculptured in plaster by Ray Ewers, completed in 1958 and cast by Battaglia & Company, Milan, Italy, in 1959. Ewers was asked in 1954 to create a sculpture to commemorate the sacrifices of Australians in all wars. Ewers' Australian serviceman symbolises determination, courage and a spirit of achievement and hope for the future. It was unveiled in 1959 in the Hall of Memory and removed in 1993 during construction of the Tomb of the Unknown Australian Soldier.
The sculpture was installed in its present site in the sculpture garden and unveiled on 19 August 1995 to mark the fiftieth anniversary of the end of the Second World War.