Extracts from letters by Robert Burnside Carter to his Family, 1915-1918 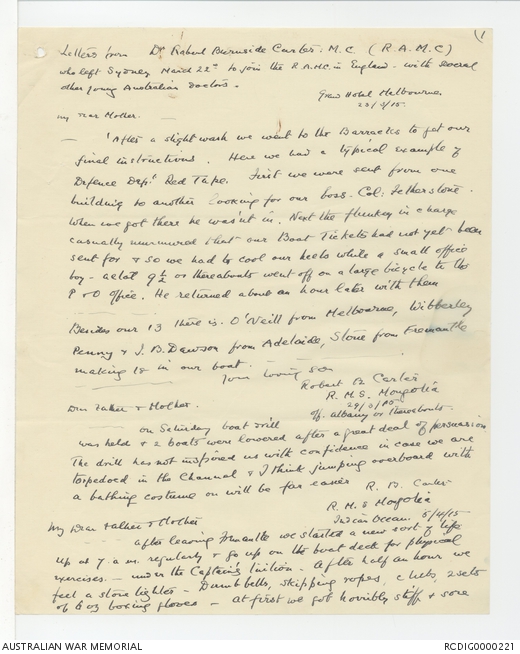 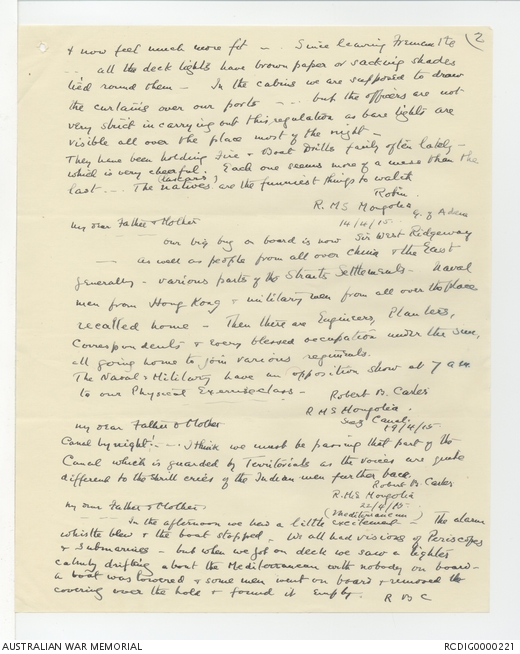 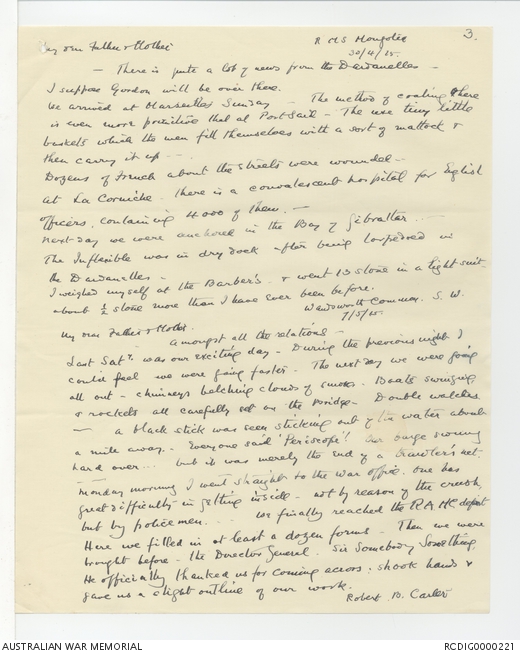 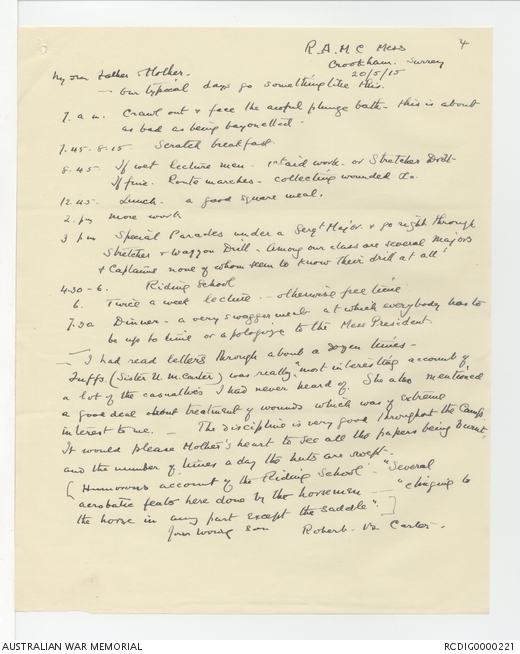 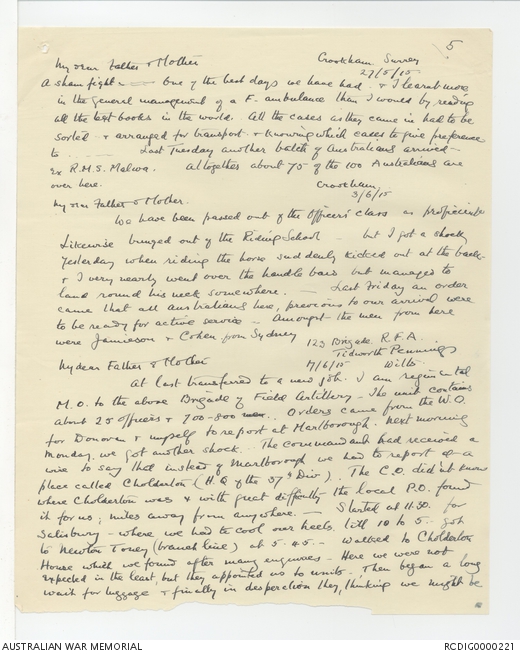 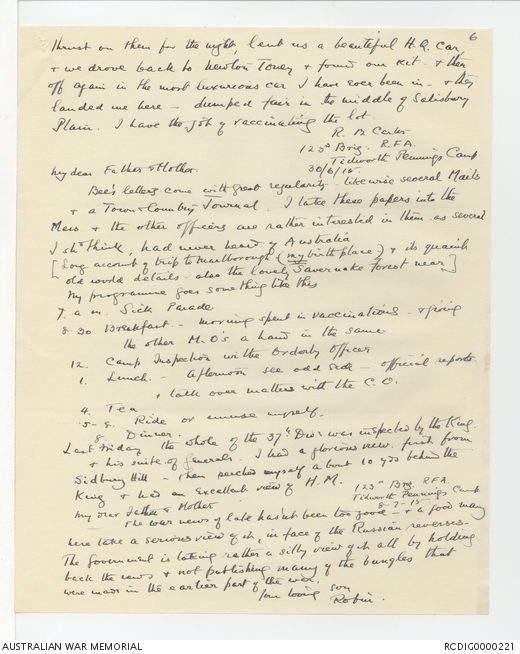 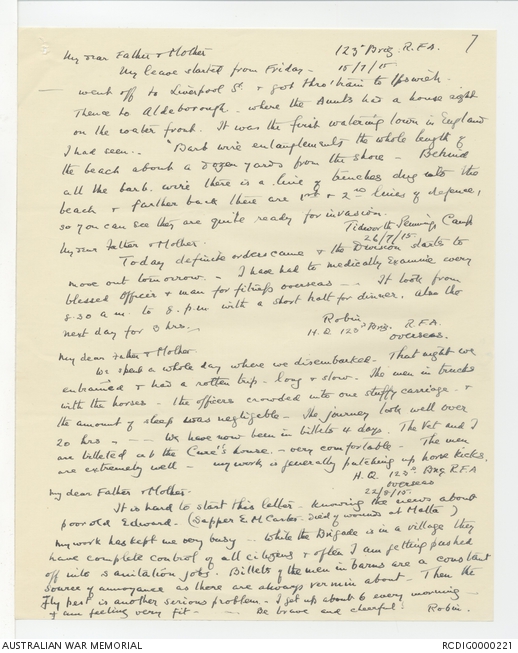 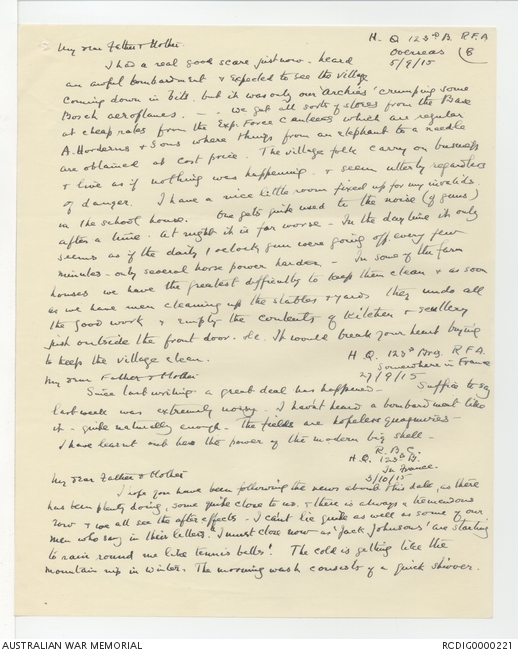 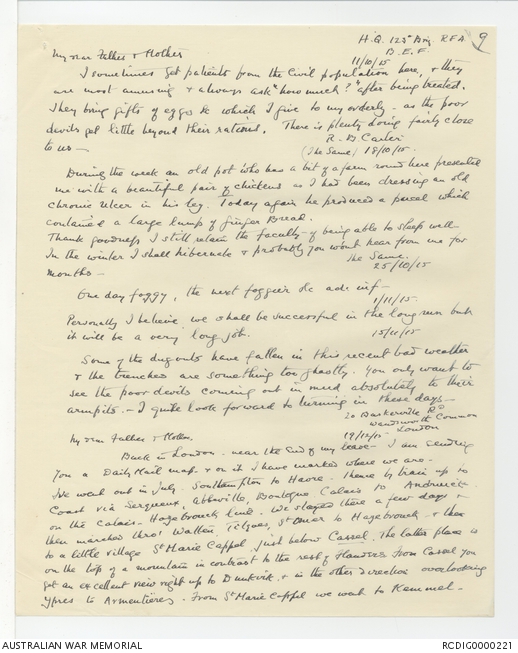 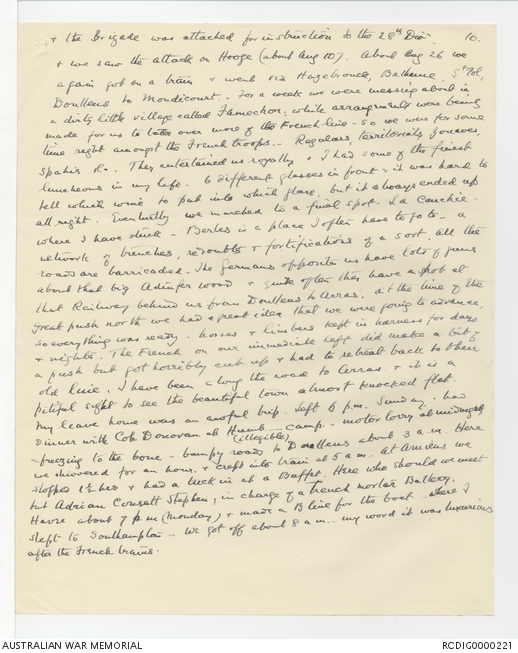 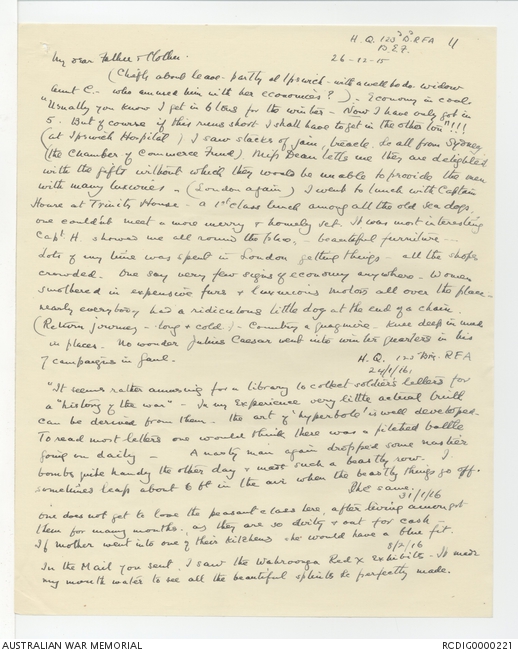 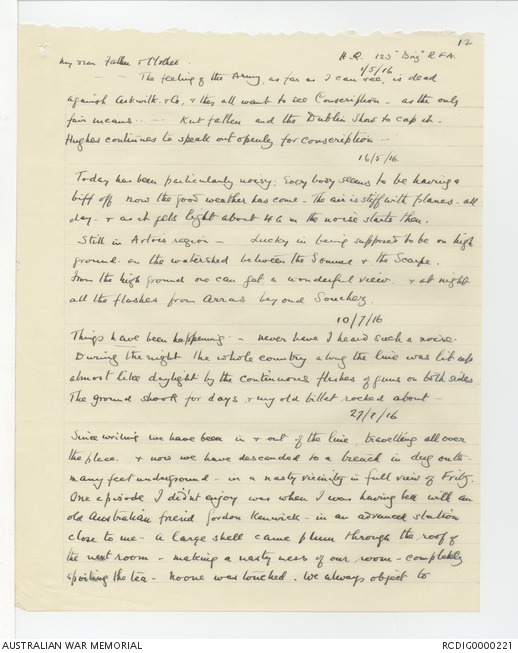 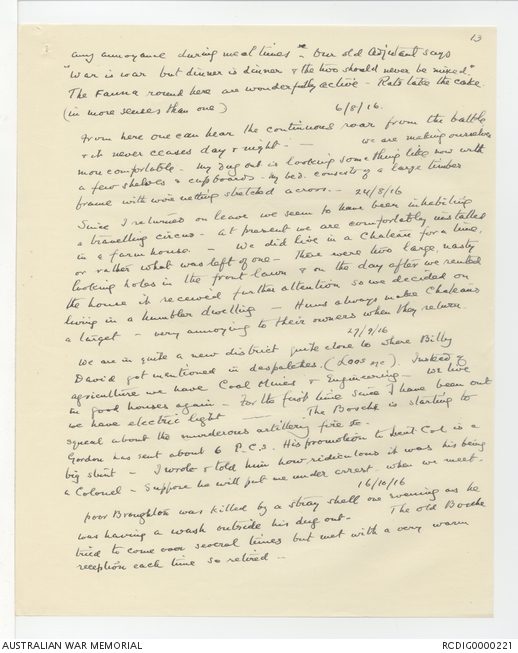 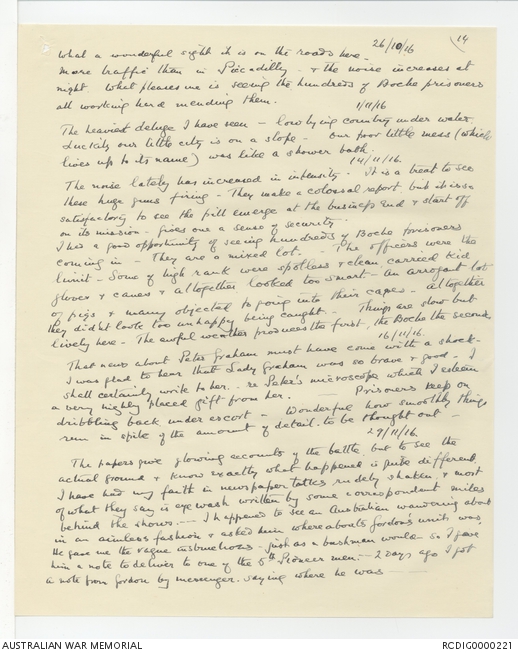 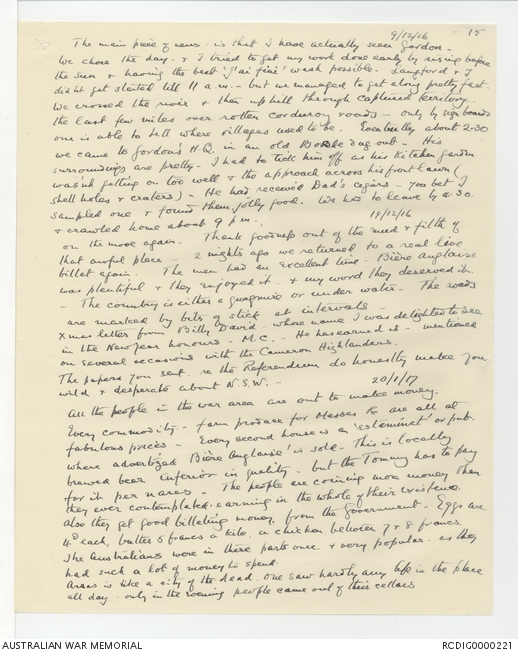 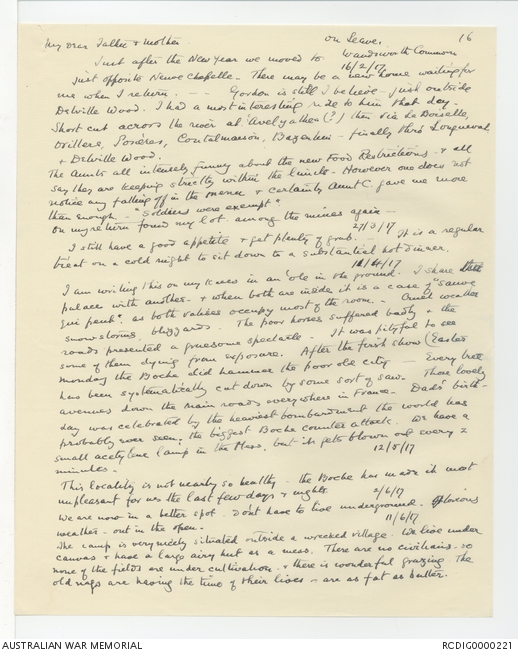 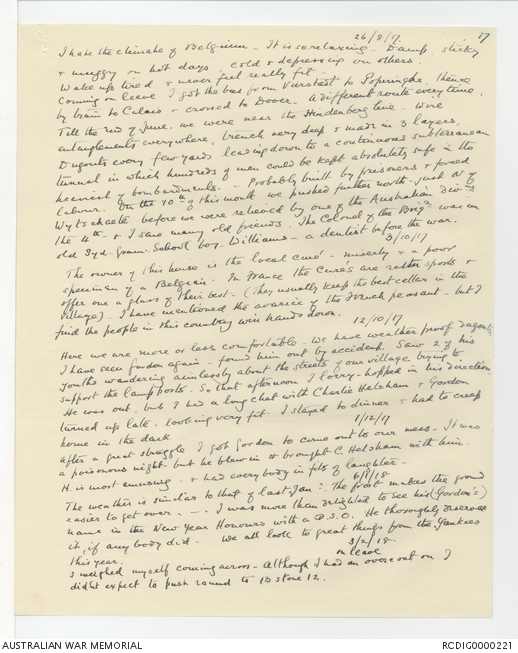 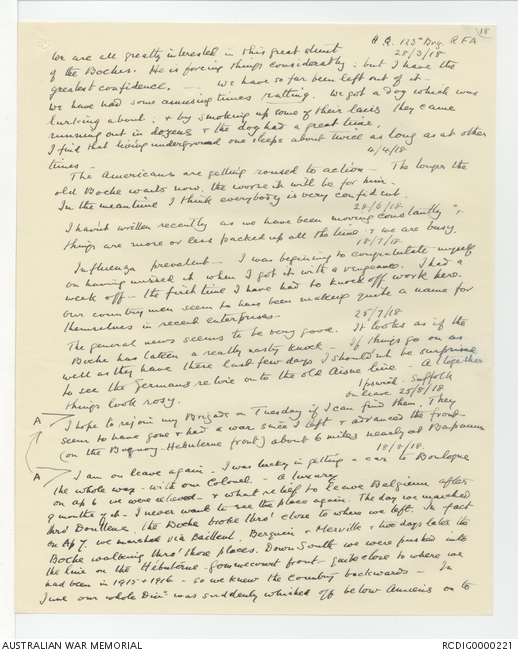 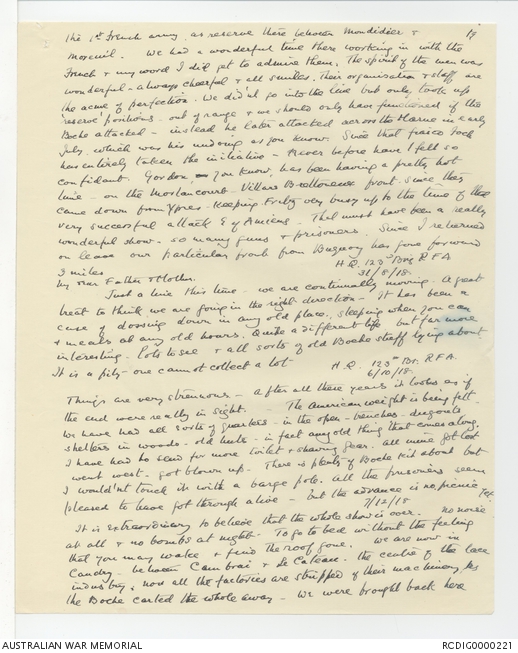 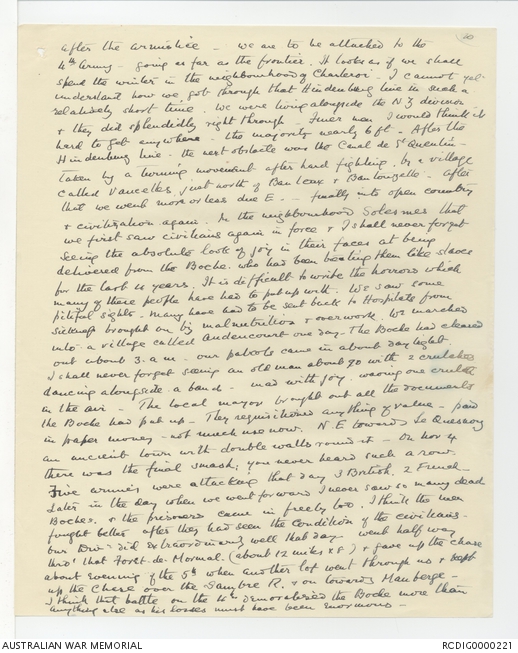 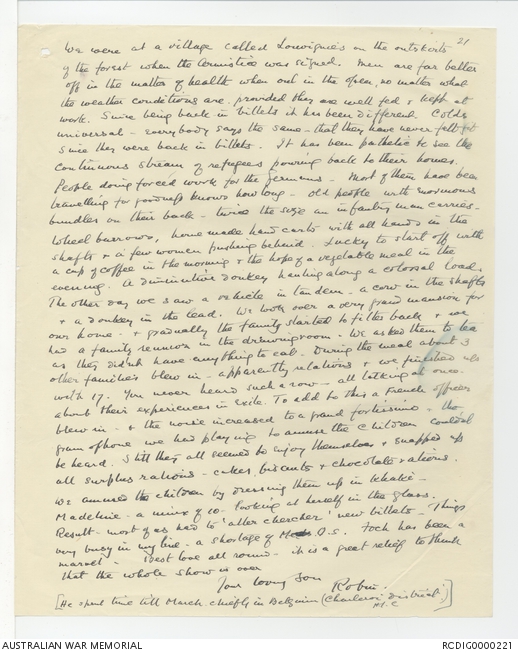 Handwritten extracts from letters relating to the First World War service of Captain Robert Burnside Carter MC, 123rd Brigade Royal Field Artillery. The original letters were written by Robert Carter to his family in Sydney, Australia, between 23 March 1915 and 6 October 1918. In these extracts, Robert Carter describes his daily activities as a Medical Officer in training, the establishment of a makeshift hospital in a school and the growing reputation of the Australian soldiers. He also comments on the level of censorship applied to soldiers' letters and the merit of collecting such letters for 'the historical record'. The handwritten extracts were made in 1930 by his father, H G Carter. The location of the originals is unknown.