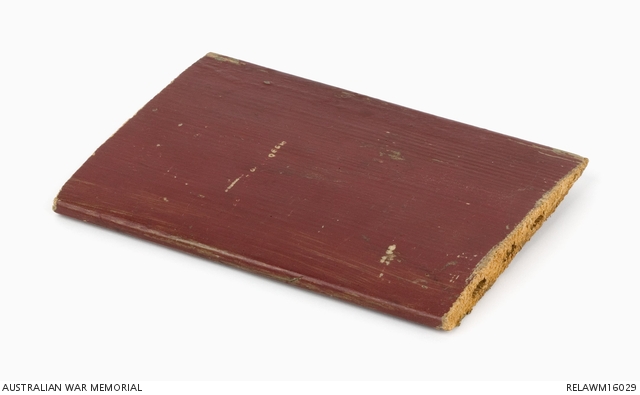 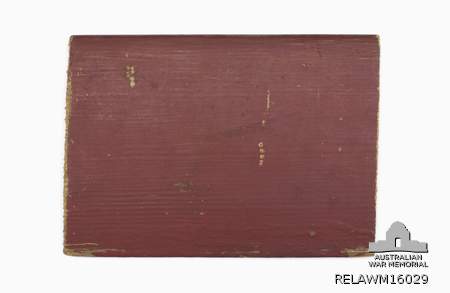 A length of wing strut removed from Rittmeister Manfred Albrecht Freiherr von Richthofen's Fokker Dr1 triplane soon after he was shot down on 21 April 1918. The strut, of distinct aerofoil shape, has been sawn through at either end, revealing its internal construction which incorporates three vertical lightening slots cut prior to the two halves of the strut being glued together. Chipping on the blood red paint has revealed the grey-green paint coat underneath. There is also evidence of brush marks.

This piece of Rittmeister Manfred Albrecht Freiherr von Richthofen's Fokker Dr1 triplane was removed by members of the 53 Machine Gun Battery on 21 April 1918 and given to Major General Leslie Beavis the following day.