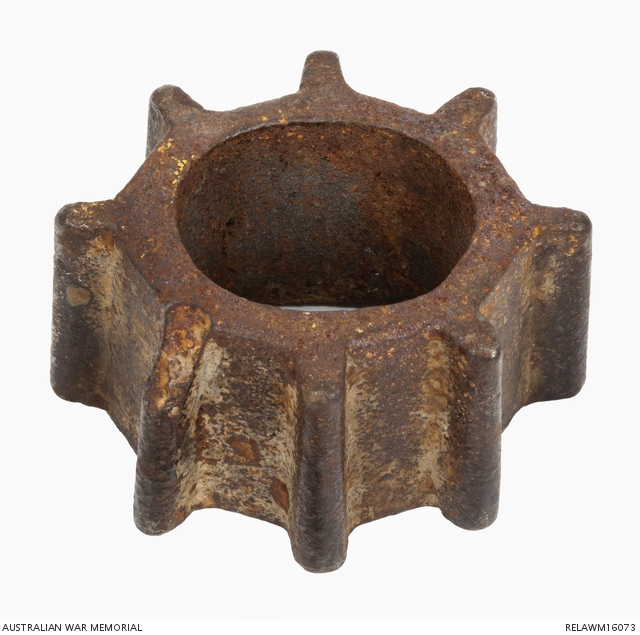 Australian cog wheel raiding club head. An oval cast iron cog wheel with eight teeth (one chipped) designed to fit on an entrenching tool handle to be used as a trench club.

This cog wheel trench club head is a veteran of at least seven raids on German trenches during the First World War including the occasion of the A.I.F's first trench raid early in 1916 when elements of the 7th Brigade, after special training, successfully raided the German trenches near Armentieres and brought back considerable intelligence material and a couple of prisoners for identification. This was the famous "Black ANZACS" raid when members of the raiding party blackened their faces for the raid.