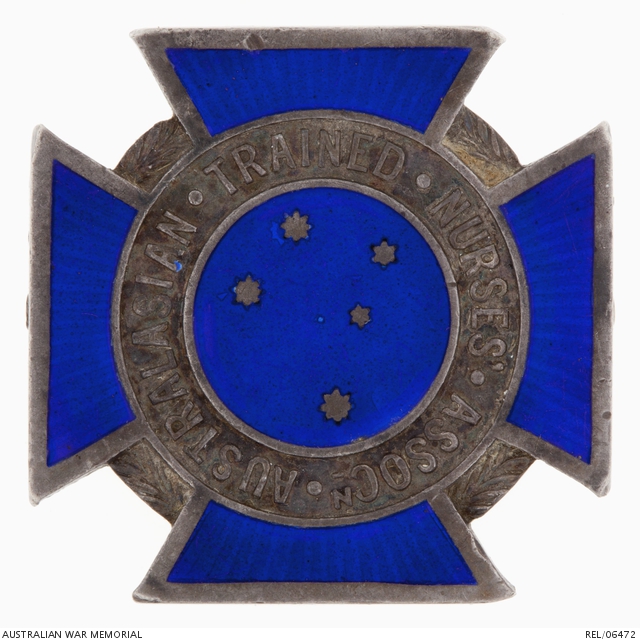 Associated with the service of Staff Nurse Jessie Bassetti. Bassetti was born in Redfern, NSW, in 1881 and was a nurse in Penrith, NSW on enlistment in the Australian Army Nursing Service (AANS) on 10 May 1917.

Embarking for overseas service aboard RMS Mooltan on 9 June, with the rank of staff nurse, Bassetti arrived at Suez on 19 July. Travelling to Alexandria via train she embarked for Salonika aboard the Osmanieh, arriving on 14 August. Attached for duty with 52 British General Hospital Bassetti nursed with this unit until 27 April 1918 when she was admitted to the Sisters Convalescent Camp suffering debility.

On 12 February 1919, she boarded HMT Wyreema for England, arriving in Southampton on 25 February. Bassetti was attached to 3 Australian Auxiliary Hospital, Dartford until 31 March when she was granted leave to attend a course in Domestic Economy at the Polytechnic, Chelsea. At its conclusion, on 7 July Bassetti received a certificate stating she had undergone a course in domestic subjects including the theory and practice of cookery, laundry work and housecraft.

On 8 July 1919, she embarked for Australia aboard HT Friedrichsruhe arriving in Sydney on 4 September. She was discharged from the AANS on 3 November.