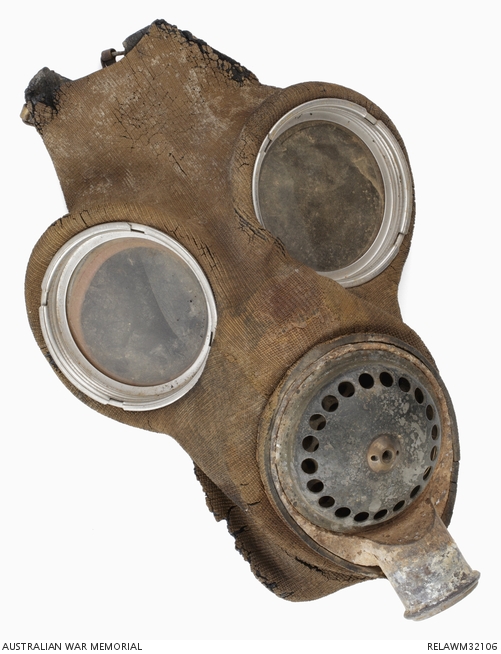 Australian Gas Mask Mk IV battlefield relic, missing its head harness, hose and canister. Both glass eyepieces are intact. The rubberised fabric from which the facepiece is made has perished slightly.

The donor, Warrant Officer Ballsillie, who was serving with Australian forces in Malaya in 1961, read an article about 2/30th Australian Infantry Battalion in the February issue 1961 of 'Reveille,' a returned servicemens journal, and decided to search an ambush area described in the article.

Meeting with success, he then searched other battle areas and, with the aid of a mine detector, managed to collect a number of battle relics, including this Australian gas mask, from the 'B' Company 2/19th Battalion echelon area at Bakri.