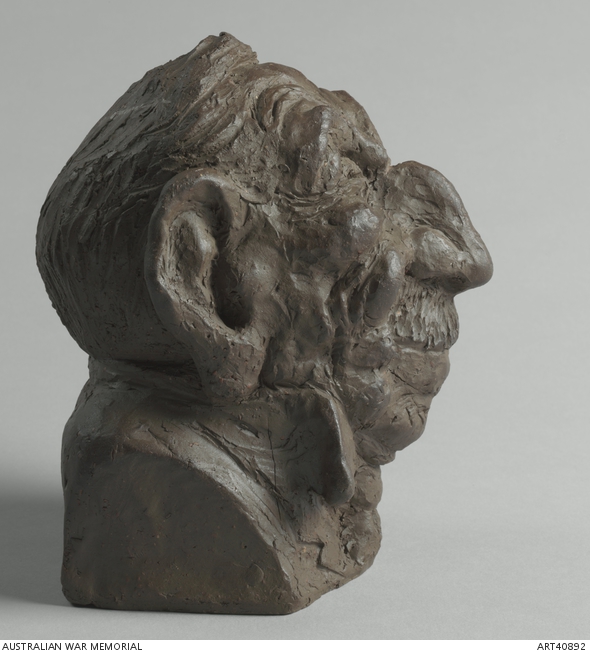 Terracotta caricature head of Australian Prime Minister, Rt. Hon William Morris Hughes (1862-1952) , known as 'Billy' Hughes. Hughes was Prime Minister from October 1915 until February 1923. He was attracted to radical politics and in 1893 won the job as Australian Workers' Union organiser, travelling through western New South Wales to sign up members and establish Labor Electoral Leagues. He was elected to the NSW Legislative Assembly as Solidarity Labor Party candidate in July 1894. When elected Prime Minister he began advocating compulsory military service to lift recruitment numbers. In 1916 he also donned a slouch hat to visit Australian troops in Europe where he was given the nickname 'The Little Digger'. During his long, stormy career, he changed his political ties, representing four different parties. The original version of this sculpture was made in 1939. It was much smaller and did not match the other heads in the series. When the decision was made to acquire the heads in 1981, Frith modelled a larger version of the Hughes head for the Memorial. The head is made from manganese-rich terracotta which meant that it could be fired at a higher temperature.