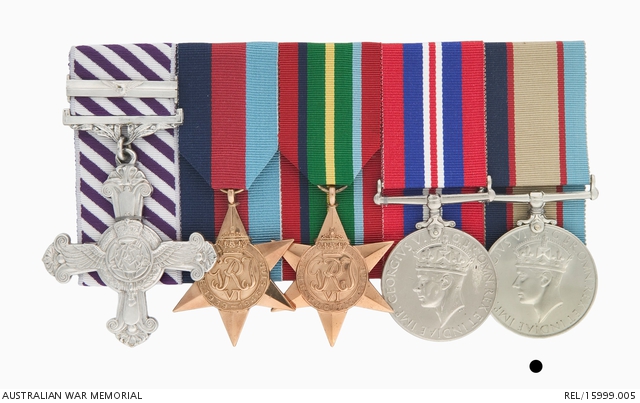 385 Wing Commander Charles Cuthbertson Learmonth (b 2 May 1917) enlisted 19 July 1938 in the RAAF. In December 1939 he joined 14 Squadron RAAF and was later posted to 22 Squadron RAAF (Bostons) new Guinea, where he commanded the Squadron in 1943. After October 1943 he rejoined 14 Squadron RAAF (Beauforts) as the Commanding Officer. He was killed on 6 January 1944 in a Beaufort Mark VIII (A9-346) which crashed into the sea off Rottnest Island WA during a formation practice flight. During 1942 and 1943 many Beauforts disappeared on both operational and training flights in mysterious circumstances. Learmonth supplied a running commentary as his plane fell from the sky which led to the discovery of the problem. Mild steel instead of high tensile steel springs washers had been specified for the elevator trim tab control cable support. Failure of this component had led to the elevator tab flicking up or down, instead of merely streaming, initially provoking uncontrollable porpoising and eventually leading to an irrecoverable dive. He was awarded the Distinguished Flying Cross 22 April 1942 (22 Sqn Temporary Squadron Leader). Awarded a bar to the Distinguished Flying Cross August 1943 (22 Sqn Squadron Leader).