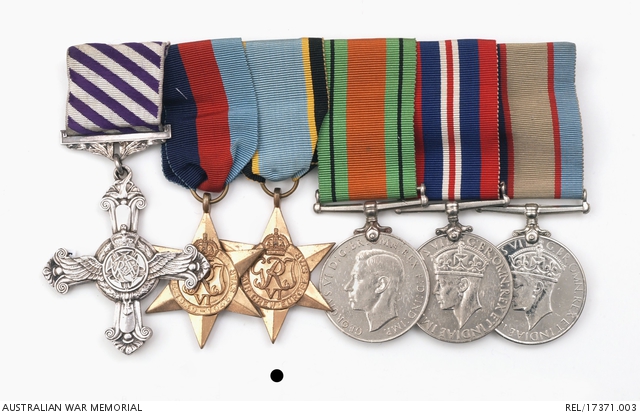 Awarded to 416460 Flight Lieutenant Gordon David Le Messurier Seddon. He was born in Medindie, South Australia, on 3 November 1915. He enlisted in the RAAF in Adelaide on 23 June 1941. Seddon was trained as a pilot and flew Lancasters with Bomber Command for 115 Squadron, RAF. He was awarded the Distinguished Flying Cross for his involvement in bombing raids over Berlin in early 1944. The award was presented to him on 5 July that year by King George VI at Royal Air Force Station, Witchford. F/Lt Seddon was discharged from the RAAF on 19 September 1945.