'The Kitchener Flag' : Australian red ensign autographed and raffled for the benefit of wounded Australian soldiers 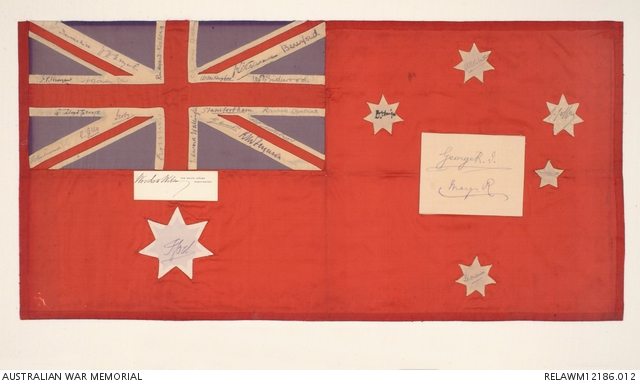 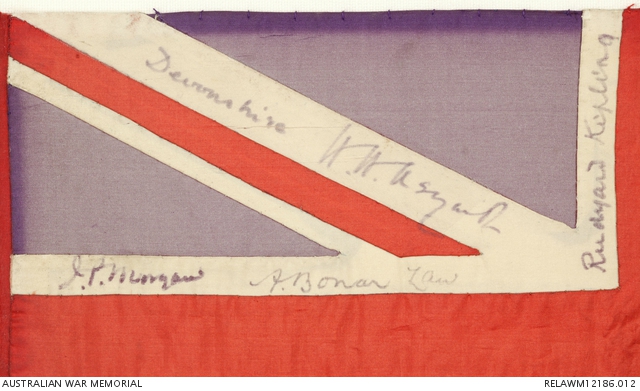 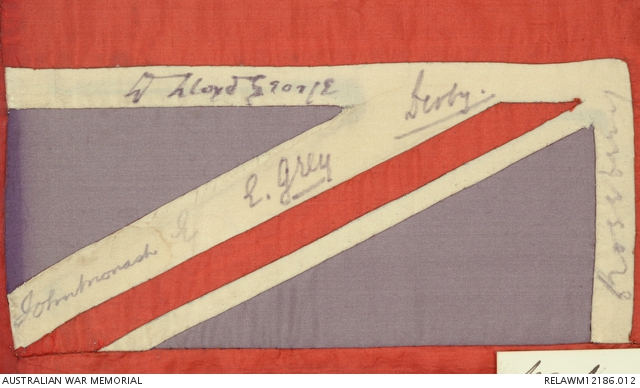 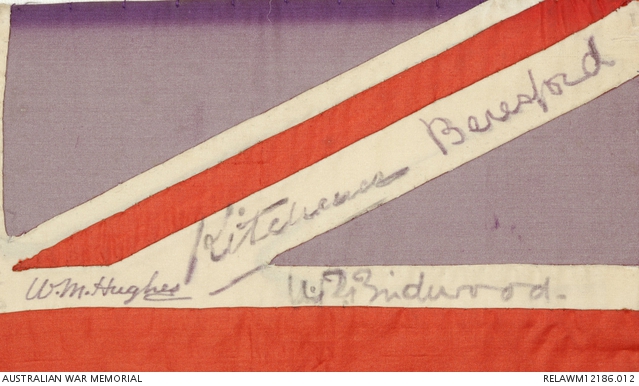 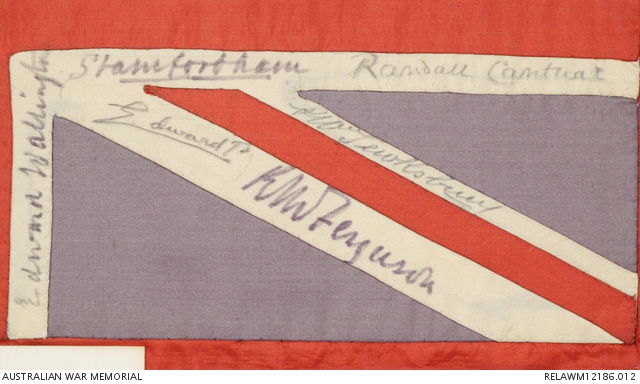 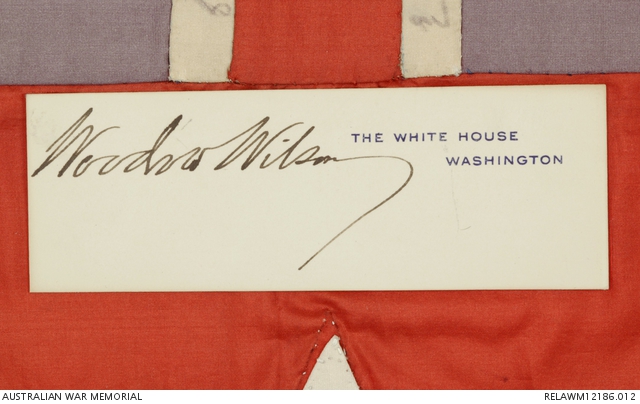 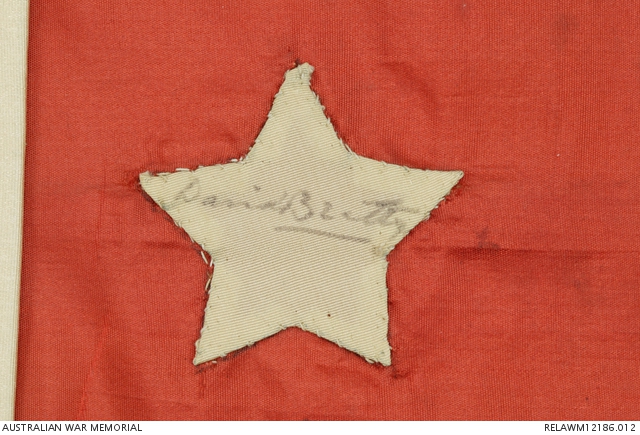 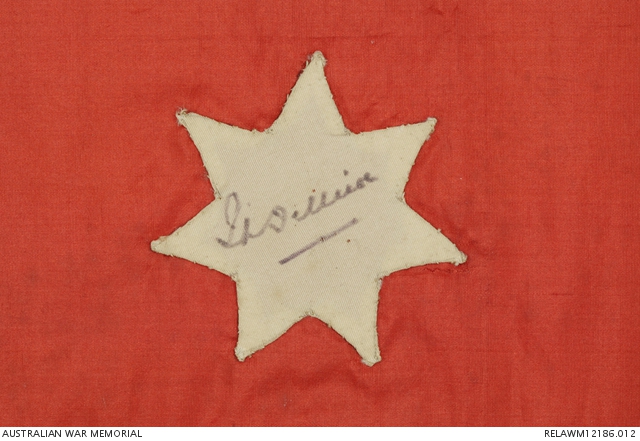 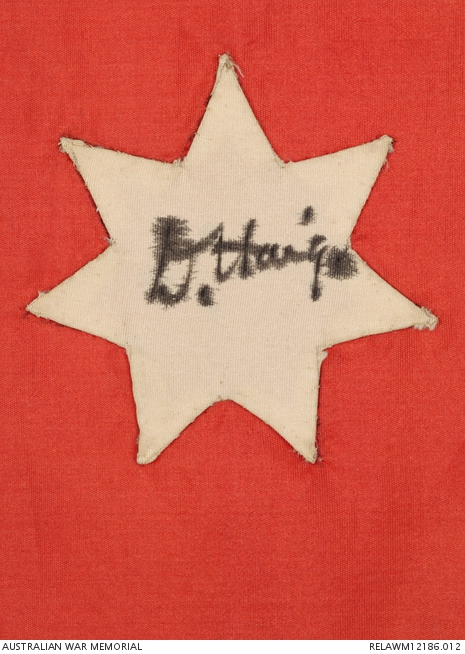 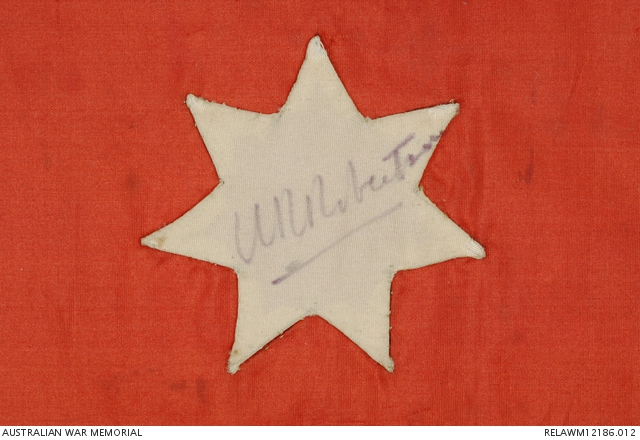 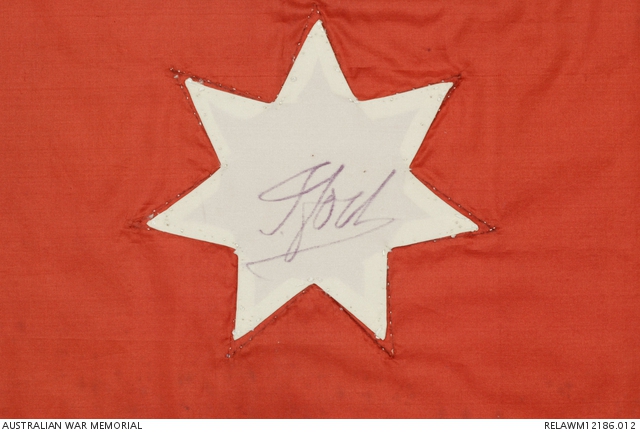 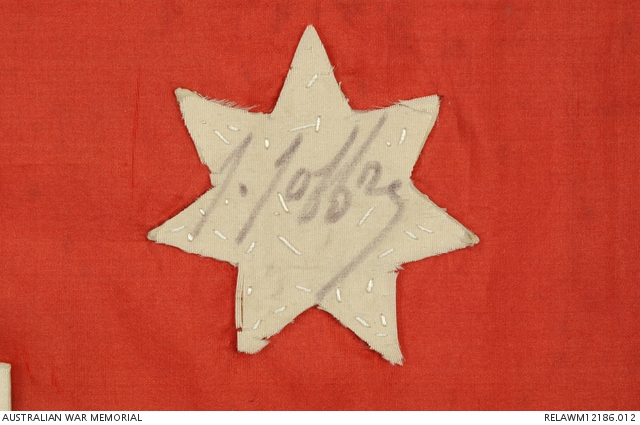 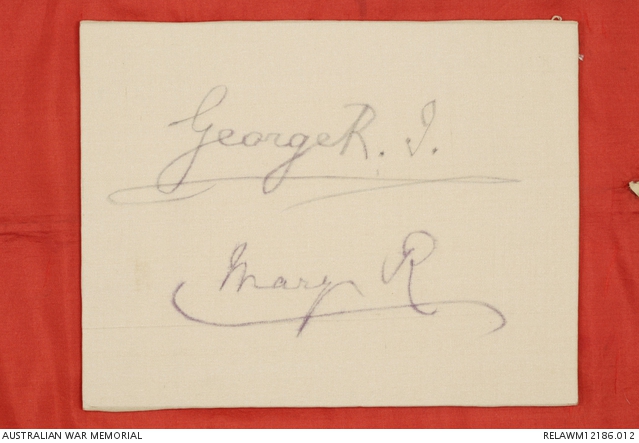 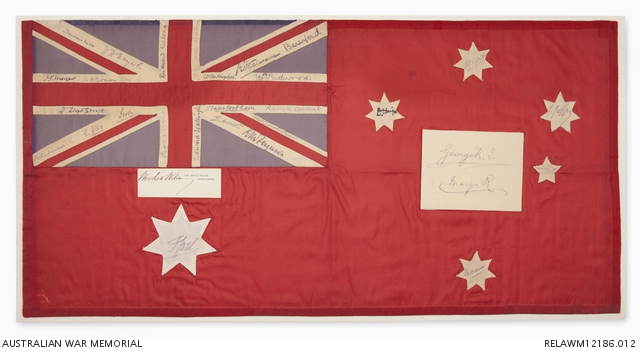 Pearson William Tewksbury, a successful Melbourne businessman, conceived the idea of raising funds for wounded Australian soldiers by raffling a flag autographed by the world's most famous men, including national and war leaders, Field Marshal Lord Kitchener, Prime Minister W M Hughes and General Monash. The flag was sent around the world to obtain the signatures and 30,000 pounds was raised from the raffle. The flag was advertised as the 'Kitchener Flag'. It was won in 1918 by a retired seaman who sold it for 2000 guineas to Edward 'Teddy' Solomon, a Melbourne philanthropist and collector, who had already purchased other autographed flags at fund raising auctions for the war effort. Solomon later presented his entire autographed flag collection, which he had acquired during the First World War, to the Australian War Memorial. During the Second World War Tewkesbury again raised funds for wounded soldiers by raffling an autographed flag known as the 'Churchill Flag', this time raising 28,000 pounds.